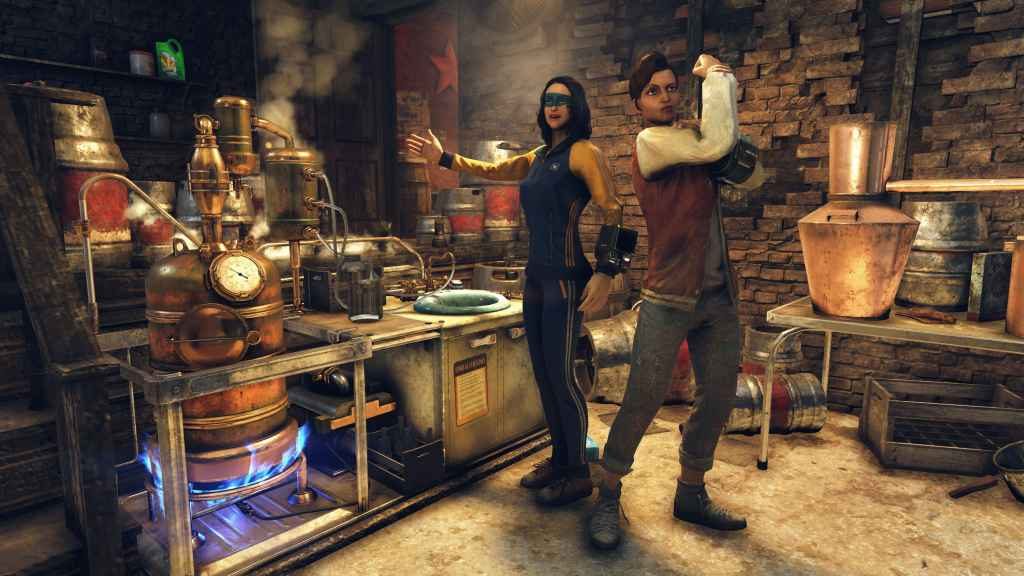 The Fallout 76 Wild Appalachia update, originally scheduled to release on the 12th March, has been delayed on all platforms… but only by a single day.

Bethesda made the announcement on Reddit, explaining that it still needs “a little extra time to brew”.

If this is the first you’ve heard of the forthcoming update, suffice it to say it’s a big one. At least, it is if you’re interested in making your own post-apocalyptic moonshine.

That’s right, as part of the Fallout 76 Wild Appalachia update, players will be able to brew and distil their own alcoholic beverages.

Your path to becoming the Wasteland’s premiere bartender will begin near Vault-Tec University.

There you will relive the glory days of VTU’s finest and discover the mischief they got up to outside of the classroom. Your continued studies will lead you to a notorious speakeasy, introduce you to Biv—Appalachia’s tipsiest robot, and teach you to craft the illicit Nukashine using the all-new Brewing Station.

Along with wine, beer, spirits, and cocktails, all from the (relative) comfort of their C.A.M.P. Once they’ve learned how to craft it during the Wasted on Nukashine quest, of course.

More information can be found on the Fallout 76 website. The Wild Appalachia update isn’t the only new content on the horizon for Fallout 76 players, however.

Due on the 19th March is the game’s first seasonal event, the Fasnacht Parade.

Each year, since the founding of Helvetia in 1869, the townsfolk celebrated Fasnacht by donning fantastic masks and parading through the decorated town. The festivities culminated by burning an effigy of Old Man Winter on the bonfire to signal the end of winter. The townsfolk may be long gone, but dutiful bots have kept the party rolling every year—and they welcome your participation!

You and your compatriots will be asked to assist with a variety of party prep duties that may have you stepping on stage to play a cheery tune, choosing the perfect decorations, or exterminating some buzzing pests, among many other activities.

If you find and aid the Protectrons quickly enough, they will be able to march in the parade. Be sure to remain vigilant! Times have changed since the pre-war days, and all that commotion is sure to attract some party crashers. Defend your marchers as they traipse around town, and then set Old Man Winter ablaze to banish the biting cold, earn some sweet loot, and even claim a festive Fasnacht mask of your very own. The more marchers who survive the parade, the higher the chance you’ll earn a mask, some of which are exceedingly rare.

Anyone who wishes to take part in the Fasnacht Parade must speak to the Master of Ceremonies in Helvetia. However, bear in mind that this particular event quest is only available for one week once the festivities get underway.

In addition to the above, two other major updates are due out later this year.

The first, Nuclear Winter, arrives in the summer and brings with it a brand-new game mode. This is followed by Wastelanders in the Autumn which, along with various events and features, introduces a new main quest for players to enjoy.

A comprehensive breakdown of the 2019 roadmap can be found here.