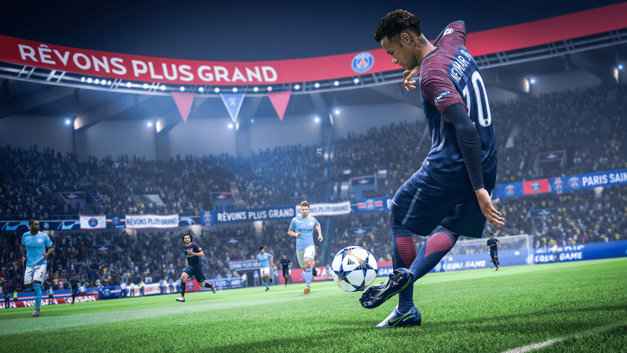 As you’d expect from EA’s ever popular football sim, there’s going to be a bunch of FIFA 19 PS4 bundles available for purchase when the game releases on September 28th.

There’s something for everyone – well, everyone who has a spare few hundred quid lying around and/or can stomach looking at Cristiano Ronaldo’s smug face when their console arrives, anyway – including a special Champions Edition bundle celebrating the game’s prestigious new deal with the UEFA Champions League.

Unlike the others, the Champions Edition releases on the 25th of September.

Alongside a 1TB PS4, it comes bundled with a Champions League edition of the game itself, a Dualshock 4 wireless controller, and a bunch of additional goodies targeted specifically at FUT fanatics. These include:

The Best of the Rest

In addition to the premium Champions Edition, there are another five, subtly different FIFA 19 PS4 bundles.

The first includes a 1TB PS4 Pro alongside a standard copy of the game itself and two Dualshock 4s, while the second is the same in every particular except that it contains only one wireless controller.

Finally, EA will be providing players with a single-use redeemable voucher containing three Ultimate Team ICON players on a five-match loan and one FUT rare players pack with each and every bundle.