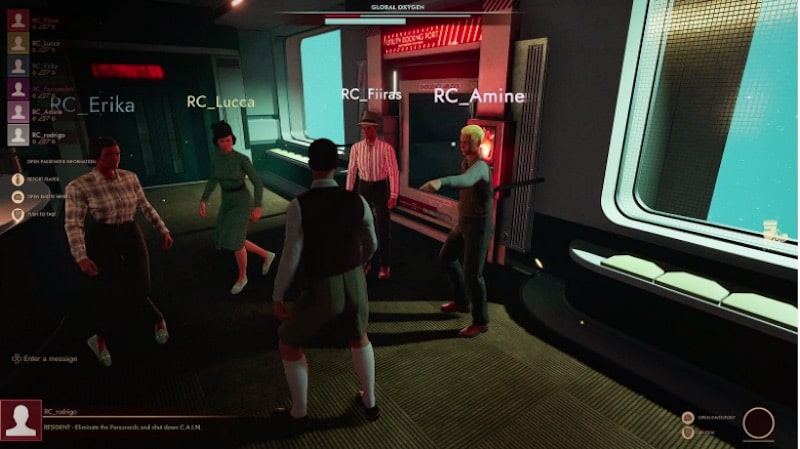 Versus Evil has lifted the wraps off social deduction party game First Class Trouble, which is heading to PS4 and PS5 in the near future.

The Invisible Walls-developed title takes place on a luxury space cruiser, where six players can compete in party-based shenanigans. First Class Trouble kicks off each game with four players randomly selected to be Residents, which must work together to shut down a rogue AI.

Meanwhile, the other two players are cast as Personoids, who have to stop them by lying, deceiving, and anything else they can do to gain the upper-hand.

For the PS5 version, First Class Trouble will offer a bunch of features not seen in previous releases, including haptic feedback via the DualSense controller, which allows you to ‘feel and experience the chaos in the palm of your hands.’

For example, squeezing the trigger to spray a fire extinguisher will see the controller rumble and emit corresponding audio, while a water pistol will offer see the pad simulate trigger resistance. Meanwhile, you’ll feel the the result of nearby bottles being smashed and environmental hazards, further adding to player immersion.

First Class Trouble has yet to attract a release date but we could be looking at a future PS Plus game.