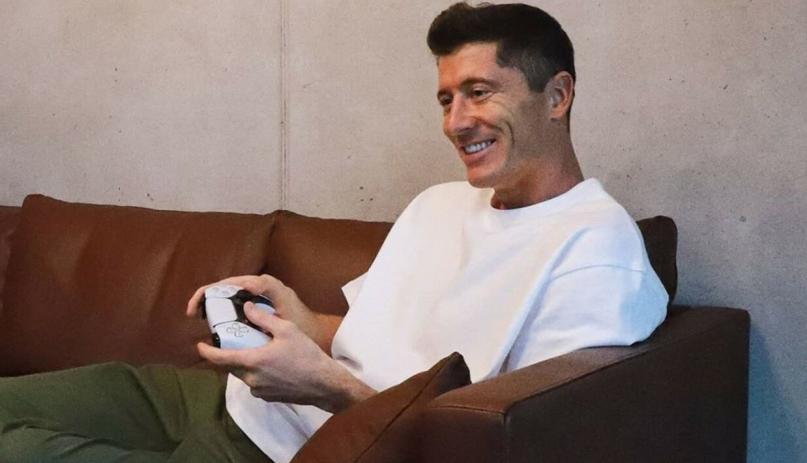 Robert Lewandowski, striker for Bayern Munich and Polish International, has revealed a snapshot of himself holding a DualSense controller, implying that he’s got a PS5. That, or he’s just damn good at posing with a controller and pretending he’s having fun playing the console.

PS5 Is In The Hands Of Robert Lewandowski – Or Is It?

Check out Lewandowski’s smiling features below as he apparently gets to grips with the PS5. That’s definitely a DualSense in his hands though, so at the very least he’s got a controller sorted for launch day.

Lewandowski joins Travis Scott as yet another celebrity who has gotten their mitts on Sony’s latest gaming hardware, with Scott posting a snapshot back in September of a DualSense sitting in his lap.

Anyway, we won’t have long to get our hands on the PS5, as Sony’s new console arrives on November 12 in the US and Japan and November 19 in the UK and Europe.