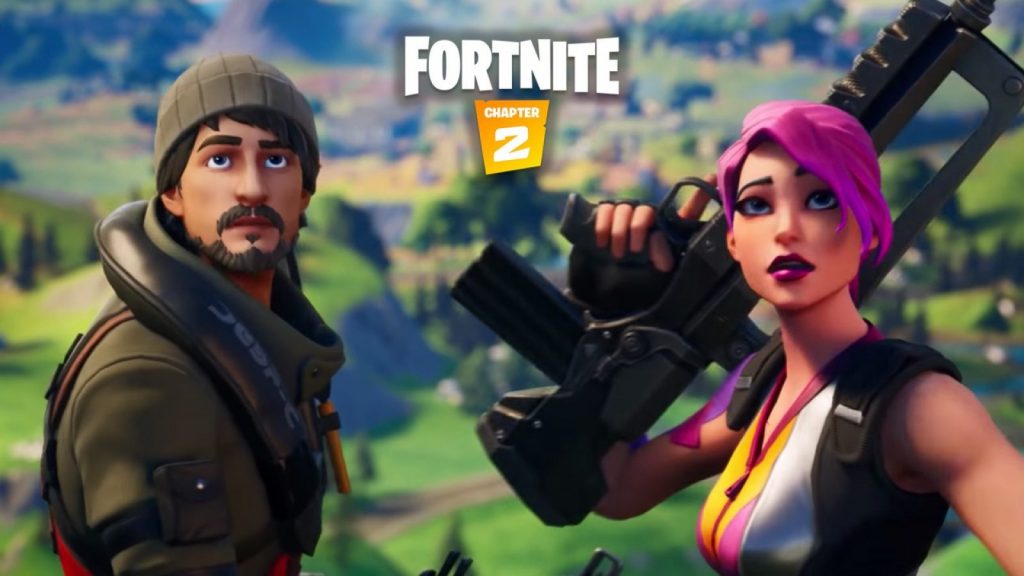 Epic Games has rolled out the Fortnite Chapter 2 update for PlayStation 4, PC, Nintendo Switch and Xbox One owners to download. The latest patch weighs in at around 9GB for Sony’s console, and there’s also an intro cinematic to feast your eyes on that actually looks pretty cool – and that’s coming from someone who has never played a single bout of Fortnite.

Check out the cinematic below.

Drop into a New World ?

Fortnite Chapter 2 – Season 1 ushers in a whole new era for the perennially popular battle royal title, after the game’s world was sucked up into a black hole during the climax of Season X. Now it’s back, and there’s a new map to explore, which features tons of water. It’s just as well too, as there’s fishing, swimming, and boats to keep you busy with Chapter 2.

In addition, there’s more stealthy adventures to be had thanks to the addition of haystacks to hide in Assassin’s Creed-style, while explosive barrels are abundant, doing what they do best — blowing shit up.

Elsewhere, developer Epic Games has been busy poking and prodding Fortnite’s bread-and-butter scrapping, offering a more streamlined set of weapons that you can also upgrade. There’s also a new XP system for the battle pass and less grinding, which should please fans.

Fortnite Battle Royale should need no introduction. Chances are, you know someone who plays it; my niece reliably informs me that everyone at her school does, and they think games like Sonic and Mario are rubbish. They’re wrong, obviously.

Anyway, Epic Games released the shooter back in 2017 for PlayStation 4, PC, and Xbox One, with the game attracting over 125 million players in its first year and pulling in hundreds of millions of dollars each month.

Fortnite has also left its mark on popular culture, and has attracted celebrity fans including rapper Drake.