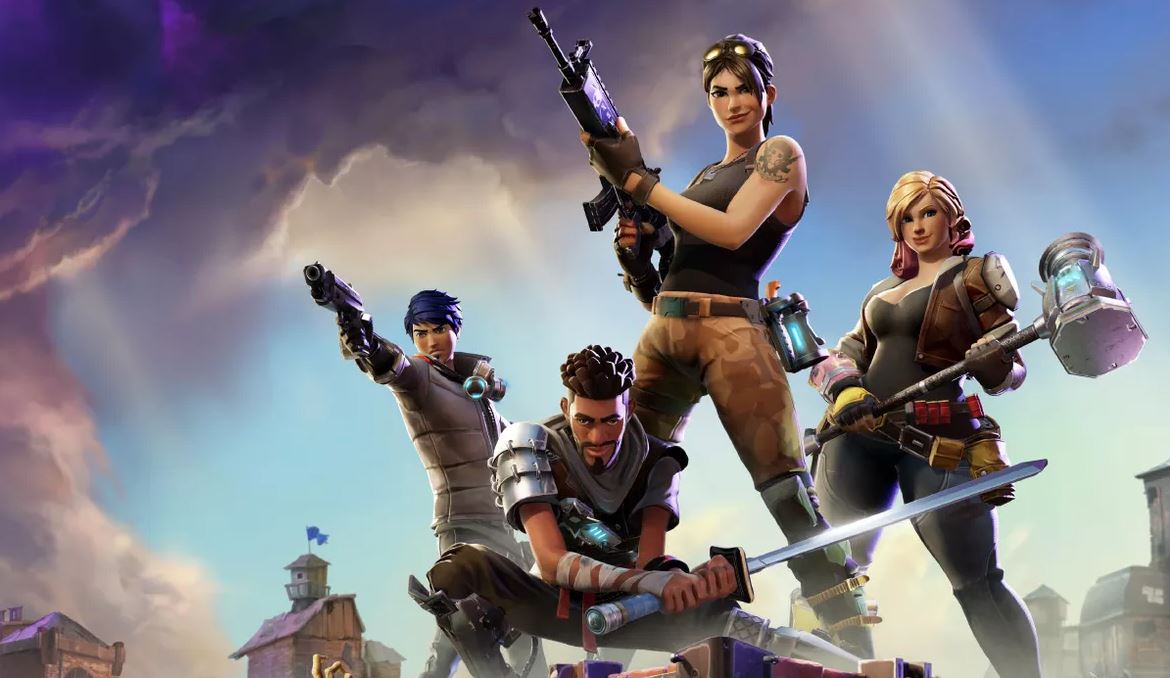 Fortnite PS5 Review – Fortnite has become bigger than anything any of us could have anticipated. What originally launched as a mediocre horde mode, it practically launched the Battle Royale genre to the stratosphere where it has been the biggest thing in gaming for the last three years and events like those that take place at the end of the season and virtual concerts continue to surprise us and change what gaming is capable of.

So, it is no surprise that Fortnite has launched alongside the next-generation consoles with PS5-specific features like making use of the DualSense haptic feedback and adaptive triggers and hopping into matches in Battle Royale from the activity cards on the PS5 UI. So, just how much does Fortnite change on PS5?

This review will focus on the new features introduced to Fortnite for PS5, rather than the actual game content, such as the Save The World Mode and Battle Royale. Instead, we will focus on how those modes are affected by the PS5’s new additions.

A More Immersive Battle Royale And Save The World Experience

One of the big new features with Fortnite on PS5 is the use of adaptive triggers for each of the weapon types. SMG’s and rifles that shoot steadily will have very little trigger resistance, but will fight back as each bullet is fired; whereas, weapons like a shotgun will stop as you press the trigger down and a further press to push past that resistance point is needed to actually fire the weapon.

In Save The World, this feature is greatly appreciated as it gives a more gritty and physical feeling to all the weapons you are holding and the crazy beams and bullets they are able to shoot. However, I am torn on adaptive triggers in Battle Royale and multiplayer games in general.

In Battle Royale having to press down further to fire a shotgun, whilst an enemy is right outside the door ready to spray you in the face is frustrating and really puts you at a disadvantage. By having to press down the trigger more, you are instantly more likely to lose a gunfight, especially if your enemy doesn’t have adaptive triggers enabled.

And, playing Fortnite has made me question if there is ever a reason to use adaptive triggers in competitive games. It makes the act of shooting harder and puts you at a disadvantage in almost any situation. So, whilst they are implemented well, adaptive triggers in Fortnite Battle Royale really don’t have much of a beneficial gameplay effect.

Haptic Feedback though, is very satisfying in both Battle Royale and Save The World. Feeling the storms in save the world and hits from a zombie reflected in the controller is incredibly satisfying and helps give the horde mode a more well-rounded and complete controller experience. It also takes away some of the janky feeling controls Fortnite has always had.

In Battle Royale, Haptic Feedback has a lot of uses as it helps inform you of where you are being shot from or where the action is happening on the map. This feature is far less intrusive on the experience and I found it to be beneficial in informing me about enemy placement and helping me survive.

A Quick Hop, Skip, And A Button Press Onto The Island

The real strength of Fortnite on PS5 though is through the exclusive PS5 feature known as activity cards. Being able to start up the game, jump to the menu with one button press and choose to enter a solo battle royale mode is incredibly efficient and puts you in the game faster than you can say Fortnite.

Activity Cards are one of the best new features of the PS5 and it is kind of incredible how it allows you to get exactly where you want to be in the blink of an eye. Games like Fortnite are where it shows off the feature best, as it can put you into the game faster than we could have ever thought.

Graphically Fortnite on PS5 continues to be gorgeous, with its cartoony art style and porcelain looking figures shining in the sunlight and glistening in the moonlight. Now running at 4K, the island and the players you face have never looked sharper and being able to see everything in more detail in a multiplayer mode is a welcome change.

The same goes for the Save The World mode where details in the environment are sharper and cleaner and generally exploring the maps and missions is more enjoyable as the Early Access jank that was originally present in the mode is effectively gone.

Other than that, Fortnite is still the same game with the same missions, modes, and a continuous cavalcade of cosmetics for you to earn. But, the changes here, namely haptic feedback and the graphical improvements offering 4K resolution are what truly makes a difference to the game. Enemies and environments are clearer and engaging in both modes is a more fun experience.

Activity Cards are a game-changer for those who play Battle Royale and just want to hop in as quickly as possible. Adaptive Triggers are a more immersive addition in Save The World, but their overall use in Battle Royale is pointless as they put you at a severe disadvantage competitively.

Fortnite on PS5 is more engrossing and new features improve the overall moment-to-moment gameplay, but, ultimately it is still the same game and the PS5 isn’t going to change your opinion on it.

Fortnite is available now on PS5.

Fortnite on PS5 is an improvement with a lovely 4K resolution and useful and accurate haptic feedback. Activity Cards help players get to the Battle Royale mode they want easily, jumping in quickly without wasting a moment. Adaptive Triggers disadvantage you in Battle Royale but are a nice addition in Save The World. Fortnite is still the same game, albeit with some nice quality of life changes on Sony's new console.