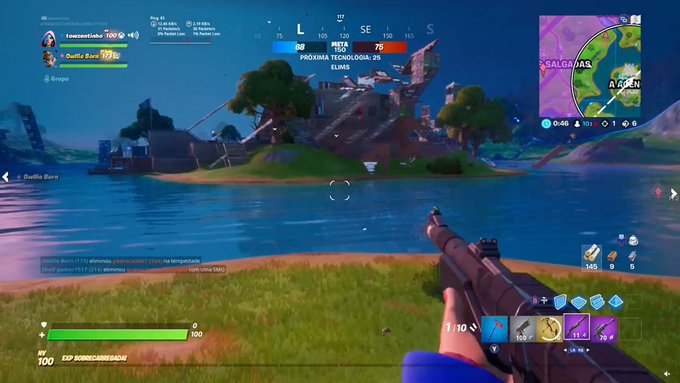 Epic Games is reportedly testing a first-person mode for popular battle royale title Fortnite, according to a new datamine reported by HYPEX.

The first-person mode is still apparently in early development so there’s not much to go on right now, although HYPEX notes that the new viewpoint would be a great fit for Zero Build Mode. However, it’s worth noting that the first-person view hasn’t been confirmed by Epic Games yet, so keep that in mind.

Fortnite is known for its third-person viewpoint, which is crucial not only for its gameplay, but also due to the fact cosmetics play a huge part in the overall experience, so players want to see their character strutting their stuff. A first-person mode wouldn’t allow this, obviously.

This update Epic began working on some stuff about first person camera mode but there's no other info about it at the moment as it looks like it's still in early development. Would work REALLY well for the Zero Build Modes 👀 pic.twitter.com/PIRRmdLyp0

Fortnite update 3.58 was recently released for players to tuck into, and is a major patch for the battle royale title as it ushers in support for Chapter 3 Season 3.