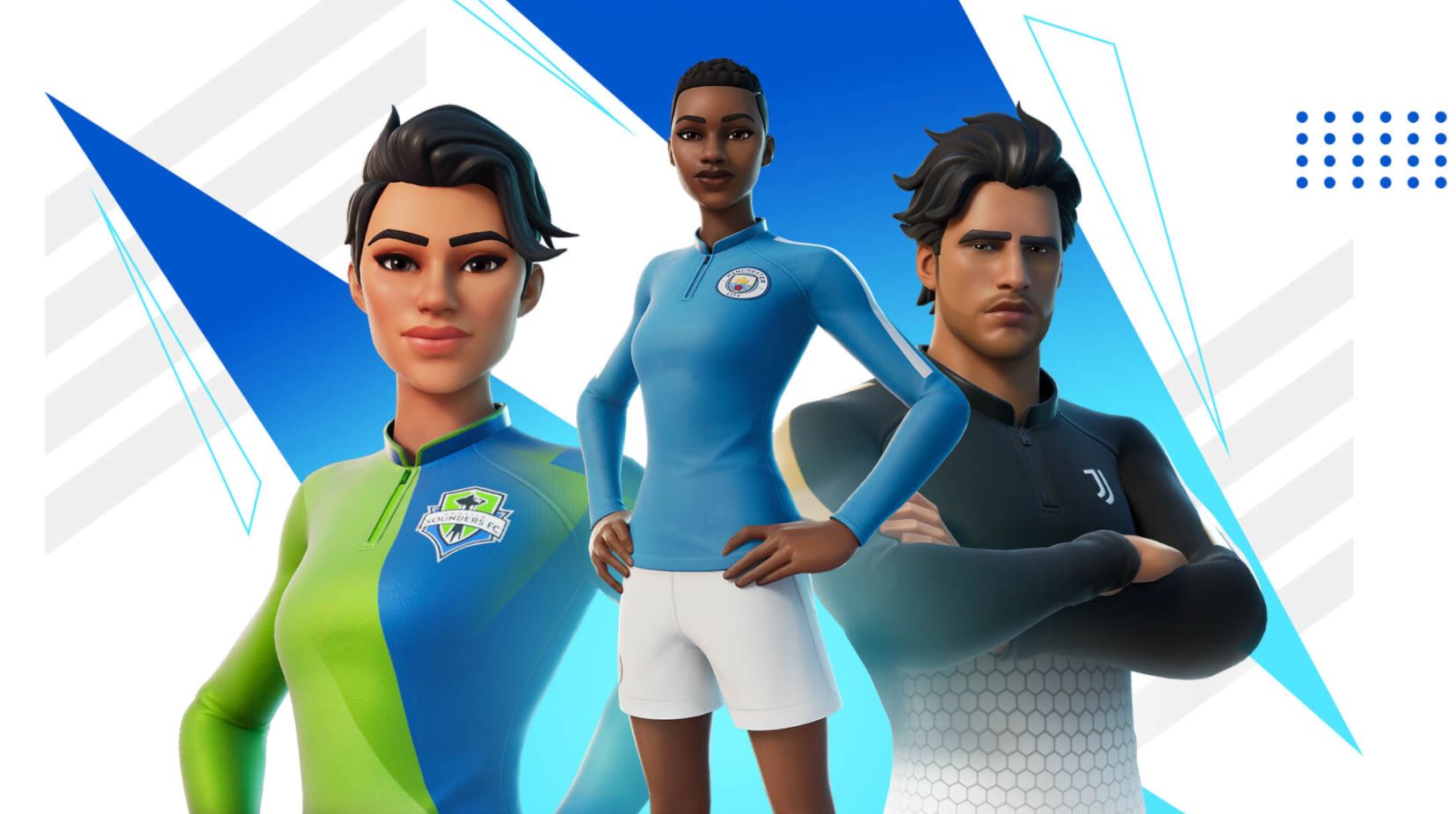 Epic has unveiled the Fortnite Football skins coming to the game tomorrow, alongside the Pelé Cup event which begins on January 20.

23 different league teams’ shirts are available from tomorrow in the battle royale game. They will be available in the store or through the new Pelé Cup tournament which will be available in-game. The Pelé Cup will have players participating to win the Air Punch emote from the famous footballer and the Kickoff Set. Top scorers will also get to win a customised signed shirt, with the full rules available here.

The full list of clubs with shirts in the game are as follows: