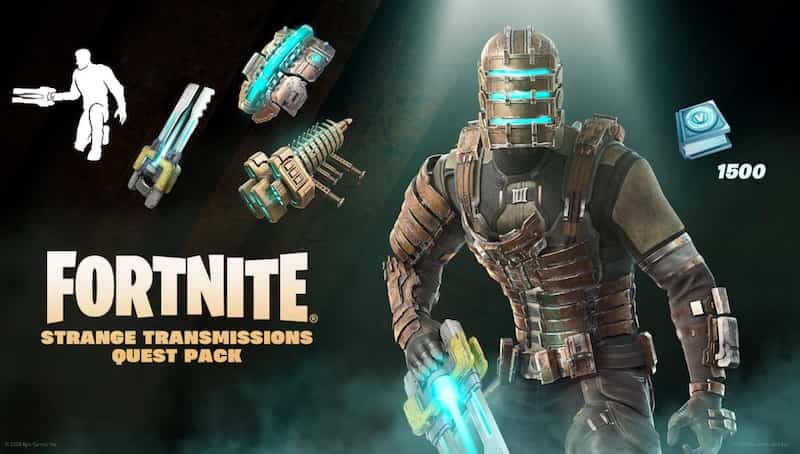 Epic Games has announced that its latest Fortnite crossover is bringing in Dead Space hero Isaac Clarke to the battle royale title as part of the Strange Transmission Quest Pack.

The Strange Transmissions Quest Pack will be available to snap up in the Item Shop for $11.99, giving you access to the Isaac Clarke Outfit. Here’s the full lineup:

Dead Space was originally released for the PS3, PC and Xbox 360 back in 2008, and sees Isaac Clarke exploring an abandoned mining ship the USG Ishimura, which is infested with undead beings known as Necromorphs.

The game is being fully remade for PS5, PC and Xbox Series X/S by EA Motive Studio, so keep an eye out for Dead Space Remake in shops and digital stores on January 27.