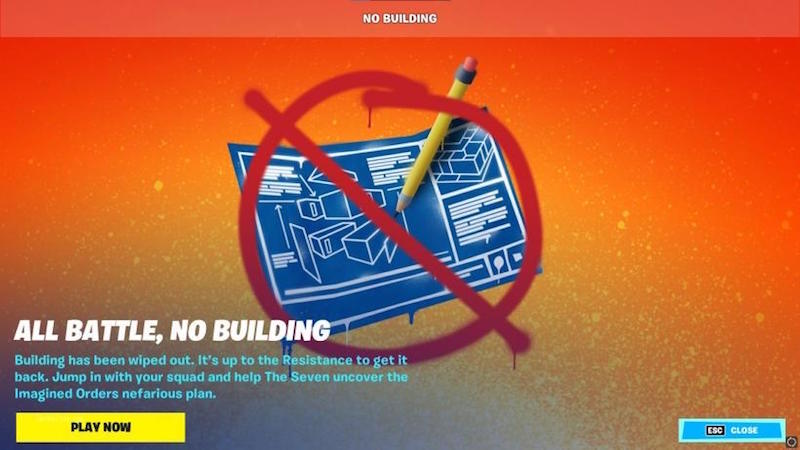 Fortnite dataminer @TweaBR has unearthed a series of modes in the battle royale title that suggests the No Build feature could be added as a permanent option for players.

Options for Solo, Duo and Trio modes have been found by the dataminer, which sees the build option turned off. Epic Games removed the feature from Fortnite’s default mode to make the beginning of the new season, although players have reacted positively to this decision, so it may become a permanent option.

No Build is currently listed as Limited Time by Fortnite, although the game has a history of making previous does under this banner permanent additions after positive feedback from fans. Team Rumble is one such example, which originally started life as a Limited Time Mode.

Elsewhere, fellow dataminer @HypeEX found that the game’s loading screens have been revamped to label some modes as ‘In modes with building enabled,’ suggesting some of them may not have this mechanic after March 29.