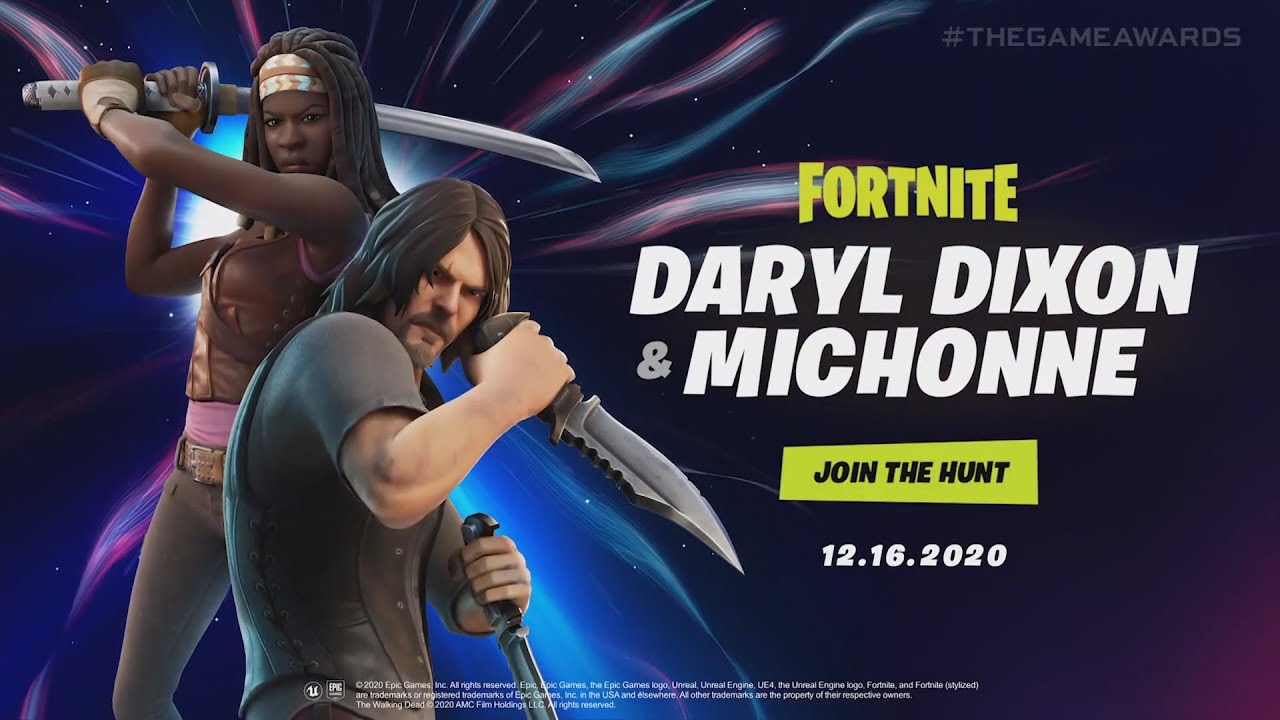 Epic Games announced at The Game Awards 2020 overnight that Fortnite is receiving skins based on The Walking Dead characters Daryl Dixon and Michonne on December 16. The pair will follow from last week’s Kratos skin and Master Chief, who is out today.

Daryl Dixon is played by Norman Reedus in The Walking Dead TV show, and is an original character that was not featured in the Robert Kirkman comic book series. Michonne probably needs no introduction, appearing in both the source material and the TV show.

Fortnite remains one of the biggest games on the planet right now, and is unlikely to retire and mow the lawn anytime soon. The game attracts millions of players worldwide every month, and Epic Games’ continue support means there’s going to be plenty to tuck into in the coming months.