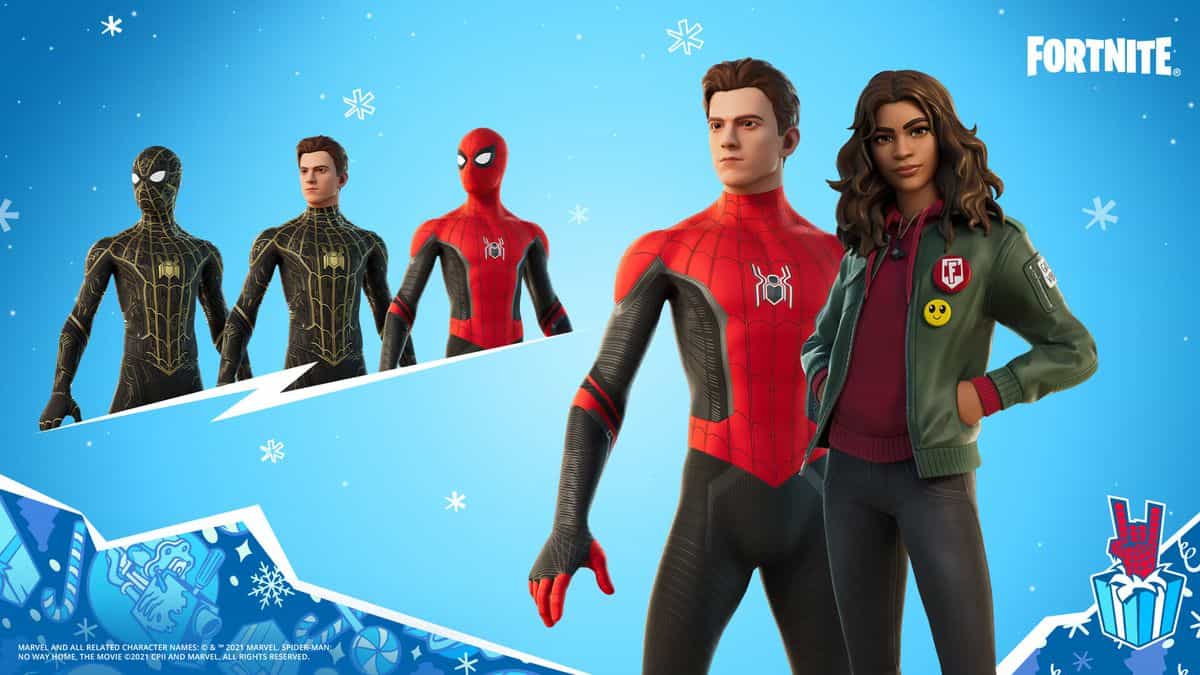 Fortnite will be celebrating the cinematic release of Spider-Man: No Way Home today with the release of a couple of new outfits based on Spider-Man and Mary Jane.

As you might have expected, the costumes follow the look of the characters from the Marvel Cinematic Universe, so Spider-Man looks like Tom Holland and MJ has Zendaya features. Furthermore, you can remove the Wall-Crawler’s mask using a built-in emote.

Aside from the standard outfit for Spider-Man that we all know and love, you can also jump into the black and gold suit that is featured in Spider-Man: No Way Home.

Fortnite will add these costumes in its Item Shop from 4.00pm PST/7.00pm EST today, which is midnight UK time. They come as part of the Winterfest 2021 event, which kicks off today and will wrap up on January 6, 2022.

Spider Man: No Way Home follows up immediately after the events of Spider-Man: Far From Home, which sees Peter Parker’s identity revealed to the nation. It’s the final chapter of the Homecoming trilogy, but Holland is contracted to appear in future MCV films.