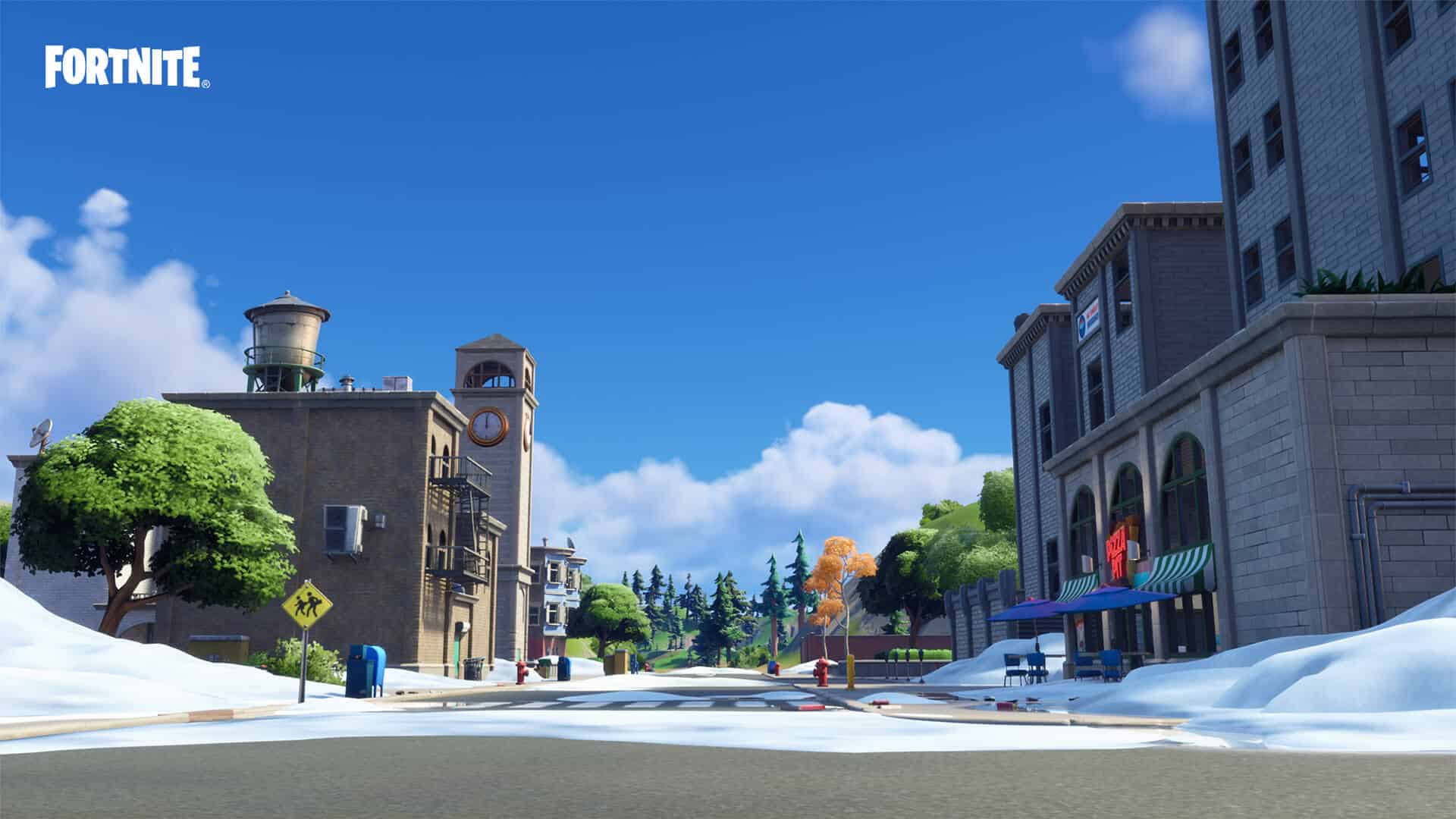 Epic Games has unwrapped a sparkling batch of Fortnite update 19.10 patch notes for your viewing pleasure, which sees the return of Tilter Towers and the Grenade Launcher among other additions. Read up on Fortnite 19.10 below.

It’s been long theorized there was a large creature on the Island, but alas, it hasn’t been found. Until now! And it’s actually no “it”— there’s more than one stomping around the Island. Don’t worry, though. Despite their enormous size, these creatures called Klombos are completely peaceful. (Unless provoked, but still.)

How can these gentle giants help you in battle? Ascend their tails to get to the blowhole on their heads, then get launched a great distance upwards to escape a tricky situation. They’ve also been known to sneeze out items after snacking a bit!

The Klombo diet is very diverse — they’ll eat just about anything you throw in front of them. But what they love most is Klomberries! Pick these fruits from small bushes around the Island, then throw one near a Klombo to lead it your way. Remember: after Klombos snack a bit, items spout out! Have you accidentally (or purposefully…) provoked a Klombo? Calm its rage with none other than a Klomberry.

Fun fact: Klomberries also have nutritional value for non-Klombos. Consume one for a bump in Effective Health!

THE RETURN OF TILTED TOWERS

The Island’s thaw goes on, and Tilted Towers has emerged from underneath the snow and ice! Go out on the town with this classic POI from Fortnite’s past: build to the top of its iconic clock tower, bust into apartments, stop by restaurants, battle it out in the underground parking garage, storm No Sweat Insurance’s office, and more on your urban excursion.

The Grenade Launcher is back and we’ve made some tweaks to its responsiveness! Projectiles now explode after their first bounce and fire more directly at your target.

You can find Grenade Launchers from Rare Chests, Supply Drops, and… sharks.

With v19.10, the Crowning Achievement Emote now displays more than 99 Crowned Victory Royales. If you had reached more than 99 before v19.10 (super impressive), your crowns were still being tracked and are now updated accordingly!

IN CASE YOU MISSED IT: LAST WEEK’S BALANCE CHANGES HOTFIX

Balance changes made in a hotfix last week: