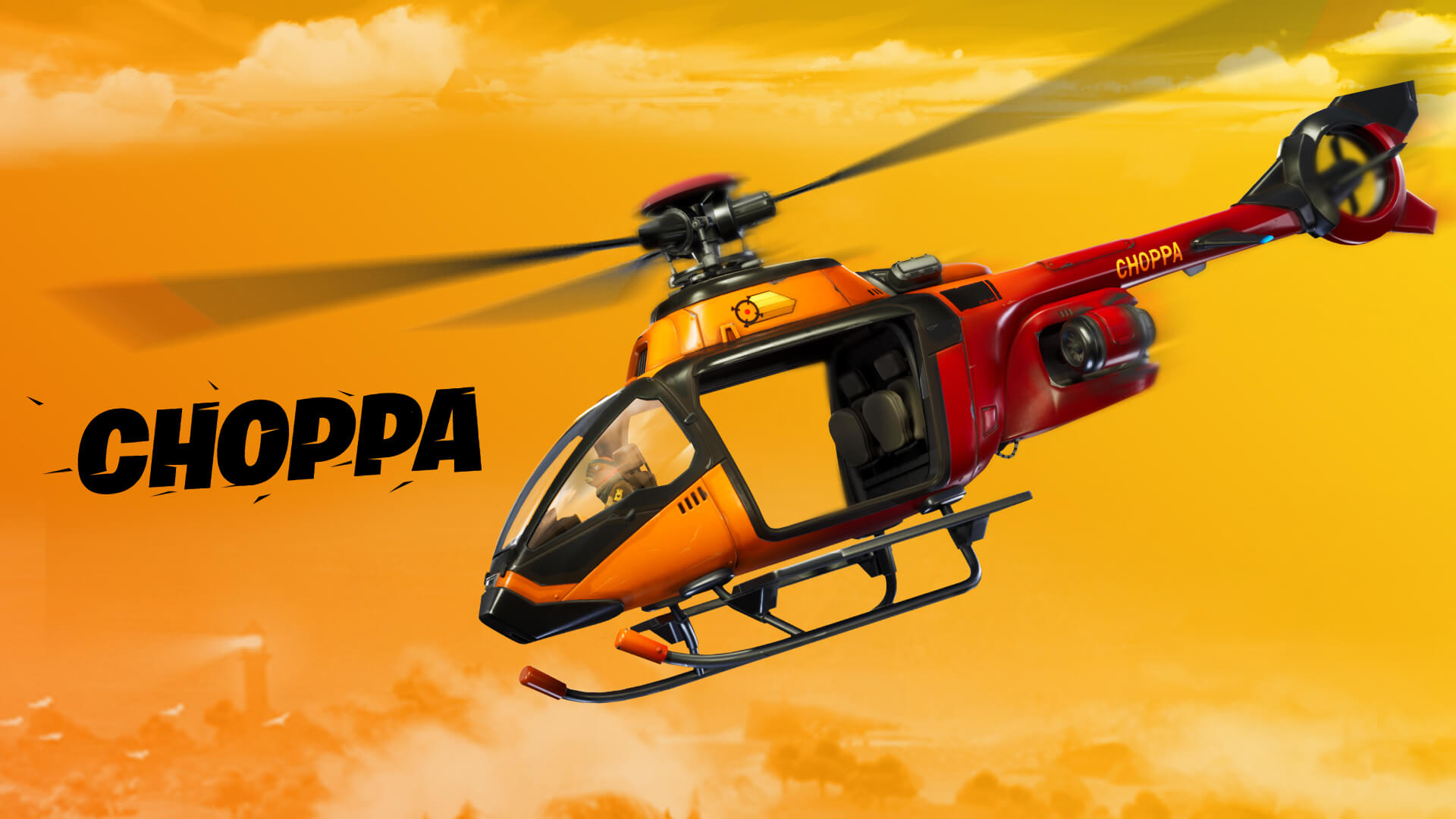 Epic Games has rolled out the Fortnite update 3.14/1.024 patch notes for your viewing pleasure, which is now live to download for PS4 and PS5. This latest update comes with a host of additions, including a new vehicle, the Choppa, plus the Save Point Device for Creative Mode.

Now players can save progress over multiple game sessions, encouraging them to come back to your game again and again. Adding the device to your map will enable persistent tracking of eliminations, inventory, resources, and more across multiple sessions!

Building a Deathrun game and want players to pick up where they left off? The Save Point device is just what you need. Creating a racing game where you’d like players to be able to track their best lap time? Again, the Save Point device has you covered. Want to create an adventure game that’s too long to complete in a single sitting? You get the point, the Save Point device opens up a whole new world of possibilities for keeping your audience engaged, and we can’t wait to see how you use it.

Even more, vehicles join the fun! The Choppa has been added to the vehicle spawner’s device selection, so take to the skies and fly like a bird. Don’t forget, the Choppa is also compatible with the recently released Race Checkpoint!

We’re excited to announce the launch of the Fortnite Creative Documentation site. Docs on this site feature technical details for Creative features and systems — all written and published by the Fortnite Dev Team. It’s a great resource for all developers, with info for beginners who are just getting started as well as for seasoned Builders looking for a deeper understanding of Creative tools and techniques.

We will continue to add to the Docs site over time and give you a heads-up when new content is added. Give it a look and share any feedback you might have on how we can make it even more useful to you.

We have swapped the locations of the Player Portals and Featured Portals within the Flat Grid Hub V2 and Floating Island Hub V2. This will help with less visual distraction while spawning in and improve movement flow.

The emissive value on all Island portal room logos has been increased to improve visual clarity.

We have swapped the locations for the Favorites, Variety, and Practice logos.

We have added phone editable portal room logos, but these should not be changed for any hubs you wish to have featured.

We have now added even more Season 6 Primal Weapons!

Fixed an issue where players did not spectate their teammates when eliminated.

Fixed an issue where the player’s Pickaxe did not appear.

Fixed an issue where there were mobile FPS drops and multiple graphical glitches on the welcome hub.

Fixed an issue where the matchmaking privacy warning appeared when unrelated settings were selected.

Fixed an issue where players equipped building prefab grenades in the Creative Inventory instead of the phone tool.

Added The Agency fountain water to the Elemental Cubes Gallery.

Fixed an issue with the ground quarter piece from The Agency Upper Level giving the wrong resource material.

Fixed an issue with doors clipping into stairs in the Haunted Overlook Castle and Haunted Destroyed Castle.

This device saves various pieces of player data and persists it between play sessions.

Only one set of data exists per player per island, so it is possible to have multiple Save Points which save different portions of data and they will all save to the same data file, only overwriting each other if they have the same options set.

An option has been added to the Publishing flow to allow all player data to be cleared when the map is republished. This will clear ALL data for ALL players for this map – use with caution.

Enabled During Phase: None, All, Pre-Game Only, Gameplay Only (Default: All).

When Auto-Save is ON, player data is saved continually.

Determines whether player data is loaded only on their initial spawn into the game, every time they respawn, or only when manually activated via trigger.

Save Health/Shields: Yes, No (Default: No).

Player data will not be saved in an eliminated state to prevent players becoming trapped in a permanent elimination loop.

This currently saves all scoreboard-related data.

Save Inventory: Yes, No (Default: Yes).

Save Resources: Yes, No (Default: Yes).

Save Checkpoint: Yes, No (Default: Yes).

This option saves all checkpoint devices the player has touched, in order, so that they can be used again in later sessions.

If set to YES, this will retain the player’s exact location and respawn them there during auto-load, without use of a Player Spawn device or Checkpoint.

This could cause issues on maps where players are assigned to teams randomly at game start, so use with caution.

Allow Player to Clear Data: Yes, No (Default: No).

If set to YES, players will see a new option in the escape menu allowing them to clear their saved data. If the game is in progress, this will also require a respawn. A confirmation prompt is shown before clearing the data.

Save Player When Receiving From: No Channel, 1-150 (Default: No Channel).

Has no use when Auto-Save is ON.

Load Player When Receiving From: No Channel, 1-150 (Default: No Channel).

This will load all player data EXCEPT player location. Player Location will only be loaded and used when using Auto-Load.

Disable When Receiving From: No Channel, 1-150 (Default: No Channel).

Clear Data for Player When Receiving From: No Channel, 1-150 (Default: No Channel).

Allows the player’s data to be cleared remotely. WARNING: This does not have a confirmation prompt and cannot be undone.

Clear Data for All Players When Receiving From: No Channel, 1-150 (Default: No Channel).

Allows data for ALL players CURRENTLY IN THE GAME to be cleared. WARNING: This does not have a confirmation prompt and cannot be undone.

Transmits a signal when player data is saved.

On Player Loaded Transmit On: No Channel, 1-150 (Default: No Channel).

Transmits a signal when player data is loaded.

Added the Crashpad as a device and consumable.

This device has the following options:

Enabled During Phase: None, All, Pre-Game Only, Gameplay Only (Default: All).

Allow Any Launch to Transmit Signal: Off, On (Default: Off) – if set to “On” this allows any object launched from the Crashpad to transmit a signal using the When Launched Transmit On option, otherwise only players and manned vehicles will send a signal.

Disable When Receiving From: No Channel, 1-150 (Default: No Channel).

Visibility: On, Off (Default: On) – this also toggles collision.

Fixed an issue where players were sometimes unable to drive vehicles.

Fixed an issue where both the player and vehicle were damaged by Damage and Poison Traps.

Fixed an issue where the biplane was jittering and blurred when moving.

Fixed an issue where vehicles were giving mechanical parts when harvested.

Fixed an issue where a player would pick up the Damage Amplifier Powerup and the sound effect played for someone else.

Fixed an issue where player names could appear in anonymous mode on the Player Reference Device.

Fixed an issue where the Barrier had collision with players when Enabled During Phase was set to All.

Fixed an issue where the Ball device did not activate the Trigger device.

Fixed an issue where players could not flip the Biplane.

Fixed an issue where the Flag did not drop or respawn after the player left the game.

Fixed an issue where vehicles continued to move after being flipped.