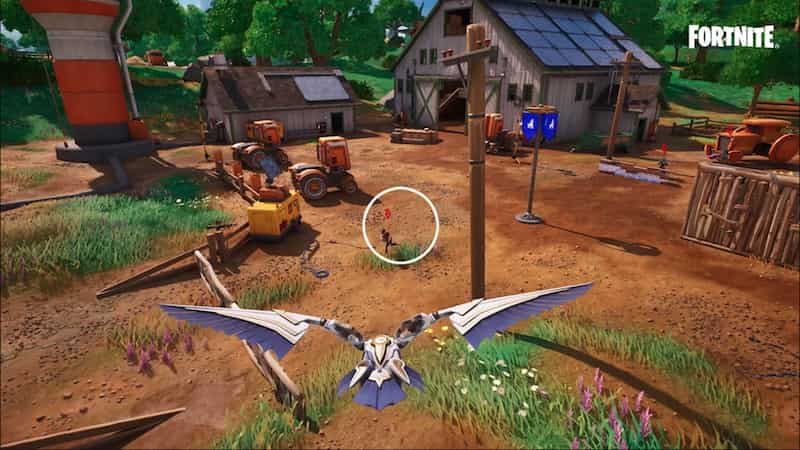 Epic Games has released the full Fortnite update 3.77 patch notes for your viewing pleasure, which is also known as Fortnite v23.20. Find out what’s new with Fortnite below.

A majestic creature to help you achieve a most noble victory, the Falcon Scout item is at your service! Deploy your Falcon Scout and control where it flies, ping or place markers, and caw to create a radius in which all opponents will be marked for your squad. You can also use your Falcon Scout to open containers and pick up loot. Carry the loot to yourself or a teammate and then scout for more!

To help you easily control your Falcon Scout, your view will shift to behind it. This may leave you defenseless if you’re not fighting in a team, so be sure to find a hiding spot if you’re battling solo. Also, be careful where you’re flying, as the Falcon Scout is vulnerable to enemy attack. (See its remaining Health in its Health bar.) Because the Falcon Scout is controlled remotely, there’s a max distance it can fly from you, trackable in its distance bar.

Falcon Scouts are findable from the ground, regular Chests, Oathbound Chests, and Supply Drops. There’s no limit as to how many times you can use the same Falcon Scout in a match.

Receive a treasure map that will lead you to buried treasure.

Your Shotgun fire will give you Siphon upon hitting opponents.

Get Siphon upon eliminations with Common and Uncommon weapons.

With v23.20, hired Characters can now ride vehicles as passengers! No longer leave Helsie hanging or dishonor Raptorian the Brave.

IN CASE YOU MISSED IT: DYNAMIC 3D RESOLUTION ON PC

Dynamic 3D Resolution allows the resolution of the game to scale with performance, giving both smoother AND higher frame rates as the GPU load changes. (Please note this means an increase in PC memory usage to accommodate larger rendering resolution.) Dynamic 3D Resolution is also available in creator-made islands and Save the World.

The Rarity Check Reality Augment is not included in competitive playlists.

Fixed issues related to mantling in which players would sometimes be flung across the map.

Fixed an issue in which, in some instances, sprinting would be disabled for the duration of a match.

Reality Augments can again be unlocked from teammates.

Players can again damage objects with their Pickaxe consistently.

Players are now able to select Reality Augments while on a Dirt Bike.

Players can now use the Guardian Shield while on the back of an OG Bear pick-up truck or a Dirt Bike.

The Shockwave Hammer is a melee weapon that not only does damage, but can also launch the player, a player’s squad, or their opponents away from the point of impact.

You can place Oathbound Chests on your islands to give players a random chance to find a Shockwave Hammer.

The Falcon Scout is a mechanical flying companion that players can use to mark opponents, open containers, and carry loot to themselves or their teammates. There’s a price to pay for this powerful tool: while guiding the Falcon Scout, the player is vulnerable! It’s up to players to determine whether using it is worth the risk.

You can place Oathbound Chests on your islands to give players a random chance to find the Falcon Scout.

For players, a little cover goes a long way. The Guardian Shield deploys a protective barrier in front of the player that blocks incoming damage. This shield can provide players with mobile cover while they are on the move. It can also be thrown on the ground to create a stationary point of protection. The shield is temporary, and changes color to indicate how much time players have before it runs out.

You can place Oathbound Chests on your islands to give players a random chance to find a Guardian Shield.

Place the Reboot Van Spawner on your islands to give your players the ability to revive eliminated team members. You can customize which teams or classes can use the Reboot Van, as well as trigger events when the Reboot Van is recharged or when a set of players has been rebooted.

We’ve been working to create a new upgraded Ball Spawner that uses our modern physics system, and we’re excited to have it released in v23.20! Along with improved physics behavior, we’ve added other options and adjustments as well. For example, you can adjust the size of the ball directly, you can customize the maximum distance range, and you can set the ball to trigger events when players touch it.

Note: Information on the new Ball Spawner has been added to the device document for the legacy version of the device. However, you can find a link to the new sections in a note at the top of the page.

New visual variants have been added to some of the animals spawned by the Wildlife Spawner. If you set the Type option to Chicken, Boar, or Wolf, you’ll see the Biome Variant option displayed. By default, these animals have the Classic variant appearance, but you can also select Medieval or Snow.

CUSTOM POST-GAME SETTINGS FOR ALL ISLANDS

For more information on post-game options, see Changing My Island UI Settings. You can also customize the post-game UI using the End Game device instead of the My Island settings.

Also in v23.20, players can now hurdle! You’ll automatically hurdle over or onto obstacles when sprinting into them. Additionally, the new Autumn Foothills biome opens up and brings the newest Hero in Save the World, the Autumn Queen!