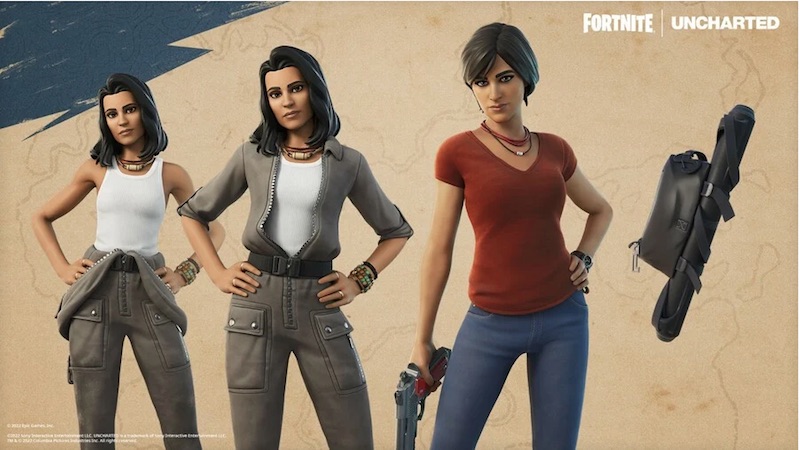 Epic Games has launched its Fortnite x Uncharted crossover event to coincide with the release of the Tom Holland-fronted Uncharted flick.

Right now you can hit up the Fortnite Item Shop to purchase Nathan Drake and Chloe Fraser outfits for your avatars, which are based on their looks from the Naughty Dog-developed video game series as well as the Uncharted movie.

Specifically, Nate comes in his Uncharted 4: A Thief’s End clobber as well as his look from the movie, so your avatar will look like Tom Holland. Chloe, meanwhile, can be kitted out in her Uncharted: The Lost Legacy outfit or made to look like her incarnation from the movie, based on Sophia Ali.

In addition to the outfits, there’s also new items including the Second Hand Saber pickaxe, Parashurama Axe pickaxe, and an Update Journal emote.