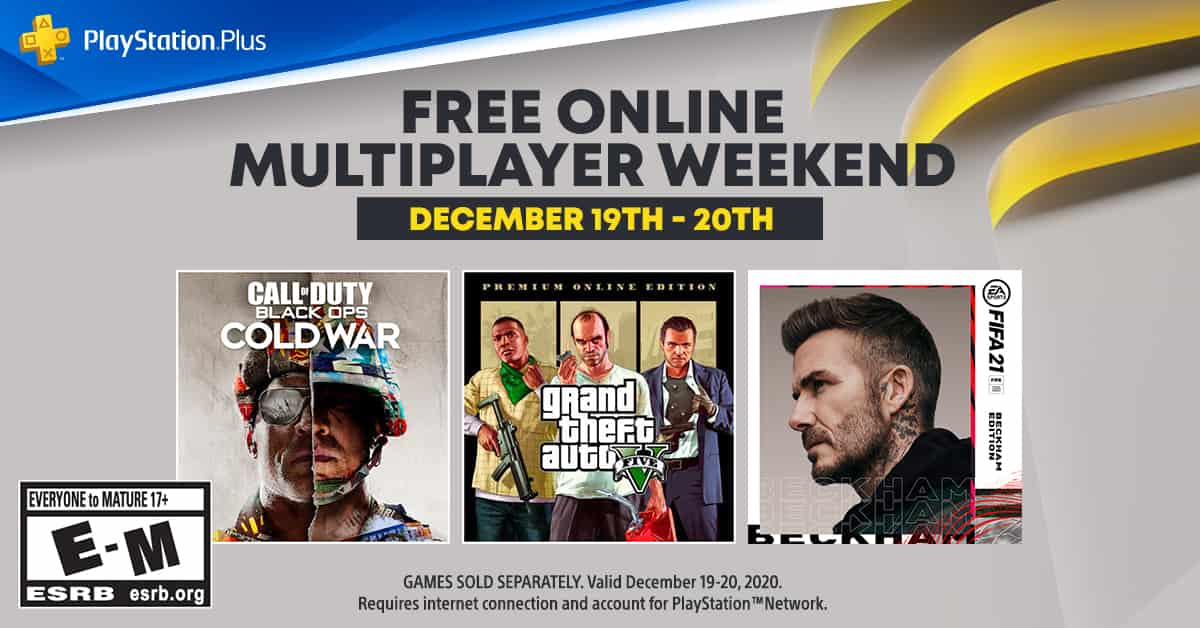 Sony Interactive Entertainment has announced that it’s dishing out a free multiplayer weekend for PS5 and PS4 games later next month. So, if you fancy taking Call of Duty: Black Ops – Cold War or Grand Theft Auto Online for a spin without a PS Plus membership, this is your chance.

The free multiplayer weekend will kick off on December 19 at midnight and will run until December 20 at 11.59pm. This will allow you to test drive any active online multiplayer or features without a PS Plus subscription.

PS5 launched in the US and UK on November 12 and November 19, respectively, and has already outpaced sales of the PS4 at launch. Sony has also said that new stock for the console is on the way, which bodes well for Christmas shoppers.