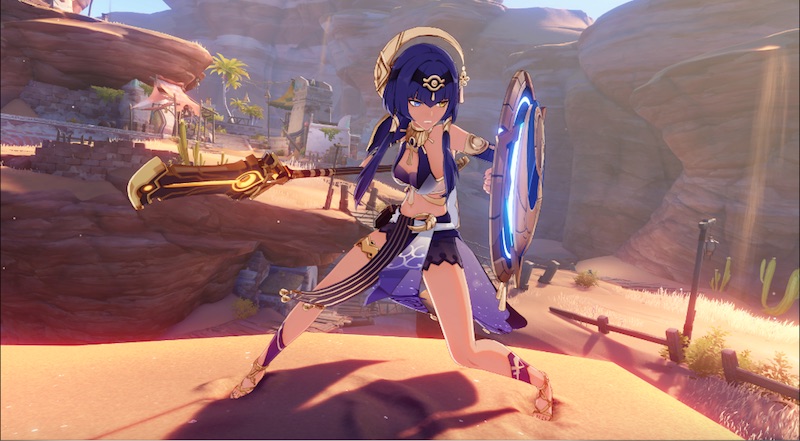 Developer miHoYo has announced that Genshin Impact update 3.1 King Deshret and The Three Magi will launch on PS5 & PS4 on September 28, 2022.

Genshin Impact 3.1 will include a wealth of extra features such as dynamic terrain deformation, while DualSense support will be bolstered with the addition of vibration feedback when you cast your Elemental Burst.

Here’s some more details via the press release:

The Nation of Wisdom will soon introduce a vast desert area, and the stories and adventures in Sumeru will continue here. Three local characters, Nilou, Cyno, and Candace, will also become playable characters! Meanwhile, Weinlesefest is ready to treat players with more stories, events, mini-games, and rich rewards in the clear autumn skies of Mondstadt.

In contrast to the tropical rainforest, the harsh desert of Sumeru has a stark, dangerous beauty. In the heart of the desert stands the majestic Mausoleum of King Deshret and dungeons full of puzzles, mechanisms, and robotic guardians powered by ancient technologies of the perished god and his ancient civilization.

The desert is also home to Aaru Village, the largest settlement of the desert people and a safe harbor for exiled scholars and a wealth of information. As players delve into the desert area, Sumeru’s Archon Quest continues to unfold as more factions make their appearances, including two Fatui Harbingers, Il Dottore and Scaramouche.

In terms of challenges, Genshin Impact update 3.1 will bring plenty to the table, including the The Wind Chaser event, which challenges players to manager the energy of the wind in a special Domain. Meanwhile, the Star-Seeker’s Sojourn has you helping out a young girl to fulfil her wish in searching for the Future Stars.