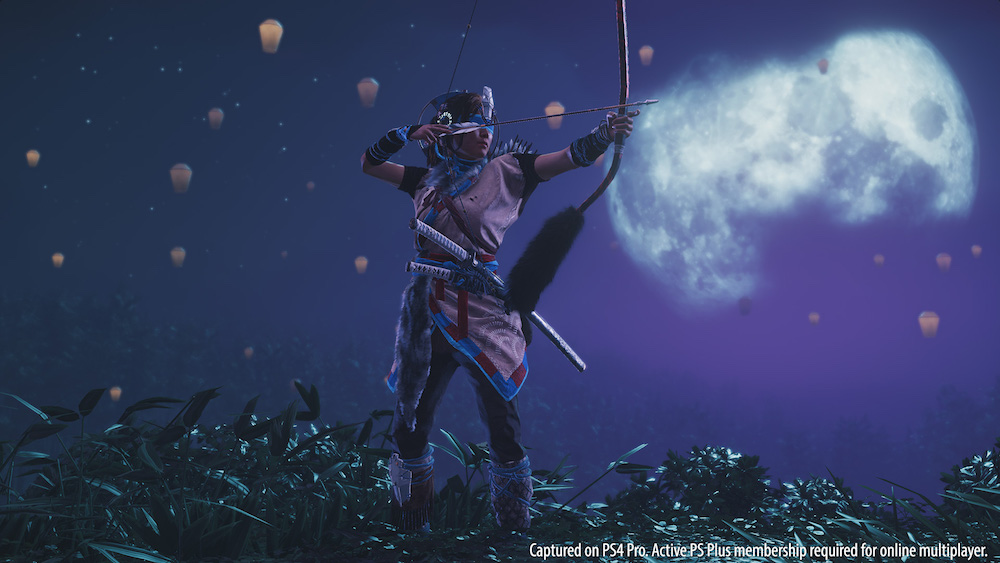 Sucker Punch Productions is celebrating the one-year anniversary of Ghost of Tsushima by re-releasing a series of costumes themed around iconic PlayStation titles including Bloodborne and God of War.

There’s four costumes available in total, based on Bloodborne, God of War, Horizon Zero Dawn, and Shadow of the Colossus. They’re playable in Ghost of Tsushima Legends, and were previously released in December 2020 before being pulled the following month.

July 17 marks one year since the release of Ghost of Tsushima! For every fox you pet, every photo mode shot you shared, every standoff you completed, or any other way you joined us on this journey, thank you from the bottom of our hearts for an incredible year!

To celebrate, we've re-enabled these #GhostOfTsushima: Legends outfits inspired by iconic PlayStation characters from God of War, Horizon Zero Dawn, Shadow of the Colossus and Bloodborne! Unlock them by completing any Legends Story or Survival mission with each class. pic.twitter.com/fsloR3iKNx

Sucker Punch Productions recently announced the release of Ghost of Tsushima: Director’s Cut for PS4 and PS5, which will launch on August 20, 2021.

This version will include all previously-released DLC for the game, a brand new Iki Island location, and on PS5 a variety of performance enhancements including 4K/60 FPS and 3D audio.

Be sure to have a gander at our full Ghost of Tsushima review here.