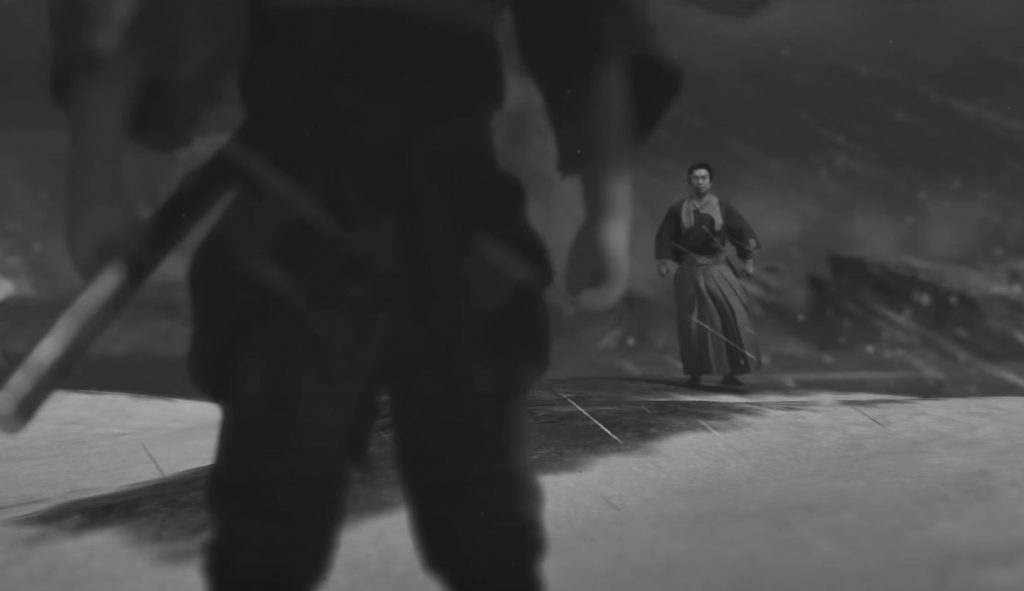 Ghost of Tsushima‘s special Kurosawa Mode, which turns the game into a black and white adventure emulating classic Japanese cinema was approved by the filmmaker’s estate after the team sent a video of what it looked like.

The mode, which is named after Akira Kurosawa, was developed in-game and largely inspired by his films, with Sanjuro being a particular inspiration. In an interview with Entertainment Weekly the game’s directors Nate Fox and Jason Connel delved into the process of creating this mode and when they decided to get approval from the Kurosawa estate.

“We have this great game that transports people back to feudal Japan and Akira Kurosawa was one of our reference guides, especially early on about how we wanted it to feel. As we got closer and closer to making that a reality, we were like, ‘What do we call this special mode that we created, this black-and-white throwback?’ We threw out a bunch of different words and we thought, ‘What would be awesome would be if we could call it Kurosawa Mode.’ In order to do that, we felt that we needed to reach out to the estate and see if that’s something they’d be interested in. We sent a short video showing what it generally looks like, what it feels like.”

The mode isn’t just a black and white filter either. In order to make it look as impressive as possible, the team researched what type of film Kurosawa used at the time and the curves on that piece of film. It was apparently difficult to translate into the game, so Connel studied old Samurai films and looked at how bright and dark parts of them were to recreate the effect for Ghost of Tsushima in its Kurosawa mode.

Ghost of Tsushima is just a week and a bit away and we will have a review ready for you to feast your eyes on this coming Tuesday. The game’s soundtrack is also set to release this coming week on the same day as the game.