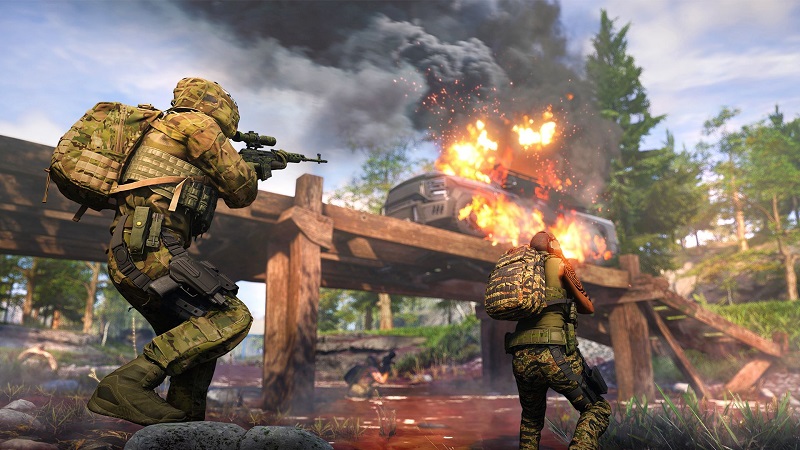 Ghost Recon: Frontline was announced just last week as Ubisoft was celebrating 20 years of Ghost Recon games, though the community didn’t really celebrate with them as many players began criticizing what they saw in the initial trailer, and today Ubisoft announced they would be delaying the closed beta test for Ghost Recon: Frontline to a later, currently unknown date.

The news came from a tweet sent out earlier today by the official Ghost Recon: Frontline Twitter account, with a short, simple message addressing the delay, which you can see here:

“We have decided it is best to postpone the Closed Test for Tom Clancy’s Ghost Recon: Frontline. The development team is dedicated to creating the best experience possible. We’ll share details on the new date for the Closed Test as soon as we can. Thank you for your ongoing support.”

Ghost Recon: Frontline is meant to be a new take on the battle-royale genre, offering players multiple ways to win a match, structure their approach and overall present something other than just “be the last one standing” gameplay. Players, so far, haven’t seemed to agree that this would be anything unique, but rather that it looks like every other battle royale out there, and Ubisoft is just trying to create a live service hit with Ghost Recon, as they are with their other franchises.

No one of course has played the game though, which is key at this point, since no one can say for sure it would be good or bad, and if the team does agree with players in that the game needs a serious overhaul, this gives Ubisoft the opportunity to almost ‘re-reveal’ the game in a way. It’s an interesting position to be in and one that could potentially save the game, though all that still of course remains to be seen.