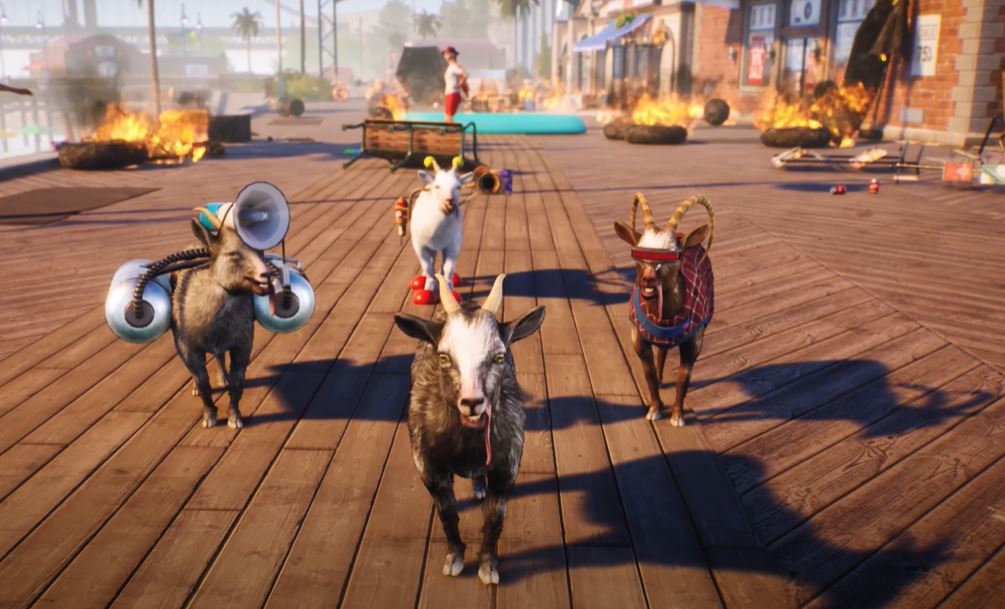 Somehow, Goat Simulator 3 is a thing and has been announced for a PS4 and PS5 release sometime later in 2022.

The latest entry in the absolutely mad sandbox series that has you playing as a goat in a world filled with so much in the way of broken physics and jank that it all somehow becomes entertaining again, the Goat Simulator 3 trailer doesn’t reveal anything about the gameplay, but we do know thanks to the description below that the threequel will support co-op gameplay for between 1 and 4 players (goats), locally and online.

“Gather your herd and venture forth into Goat Simulator 3; an all-new, totally realistic, sandbox farmyard experience. Invite up to three friends in local or online co-op, create carnage as a team, or compete in mini-games and then not be friends anymore. Coming to Epic Games Store, Playstation 5, X Box Series X/S Fall 2022.”

You can catch the trailer for Goat Simulator 3 below: