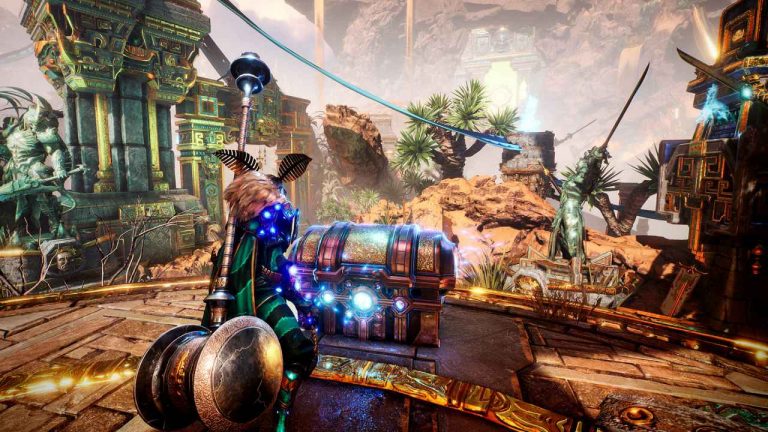 Developer Counterplay Games has announced that it is rolling out Godfall update 2.3.15 today for PS5 and PC, although right now we don’t have any idea of what the patch actually does. Chances are it’ll add general polishes and bug fixes related to combat, maps and other areas.

We’ll be sure to update this article when we hear exactly what he new Godfall update does. Here’s the tweet in the meantime:

Players will experience a brief downtime beginning at 11:00am EST (8:00am PST) as we deploy this update.

⏰ Stay tuned for update notes and a tease for what is next for us in 2021! pic.twitter.com/cydix1yG60

Godfall was released for the PS5 alongside the console on November 12 in the US and November 19 in the UK. You can read our review of the game here.

Counterplay Games announced Godfall at The Game Awards 2019 as one of the first officially confirmed PS5 games. The game is known as a looter-slasher, although many would argue that it doesn’t really do anything new.