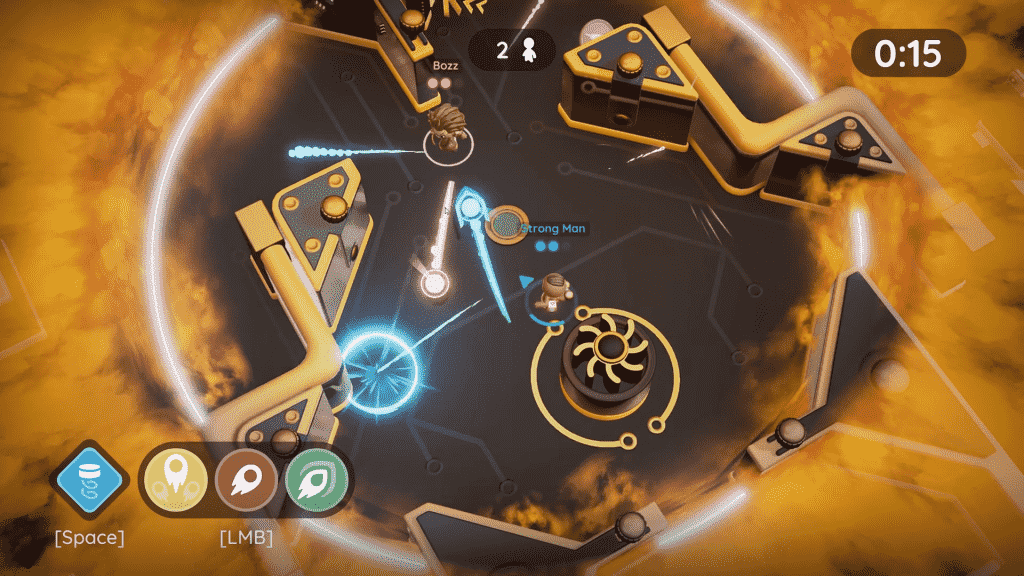 Announced by The Verge, these games will be released under the Stadia Games and Entertainment brand. We got a look at one of these titles. First up was Outcasters (which is different from Outriders) from Splash Damage.

The game is a timed exclusive for Stadia so it could theoretically come to PS4 and PS5. It is a multiplayer, online shooter with cartoony characters and a top-down perspective. The game appears to be a mix of traditional multiplayer games and a battle royale, with an ever closing ring. It’s launching this Fall on Stadia.

Nothing else was shown from the other three developers. Given that SuperMassive also signed a multi-game partnership with Bandai Namco for The Dark Pictures, we have to wonder when we will see their game and what this might do to the future of The Dark Pictures franchise.

Harmonix’s next game will be a Stadia exclusive and you can still play Fuser on your PS4. You can also read our preview of the game which should get you amped up for the full event later this Fall.