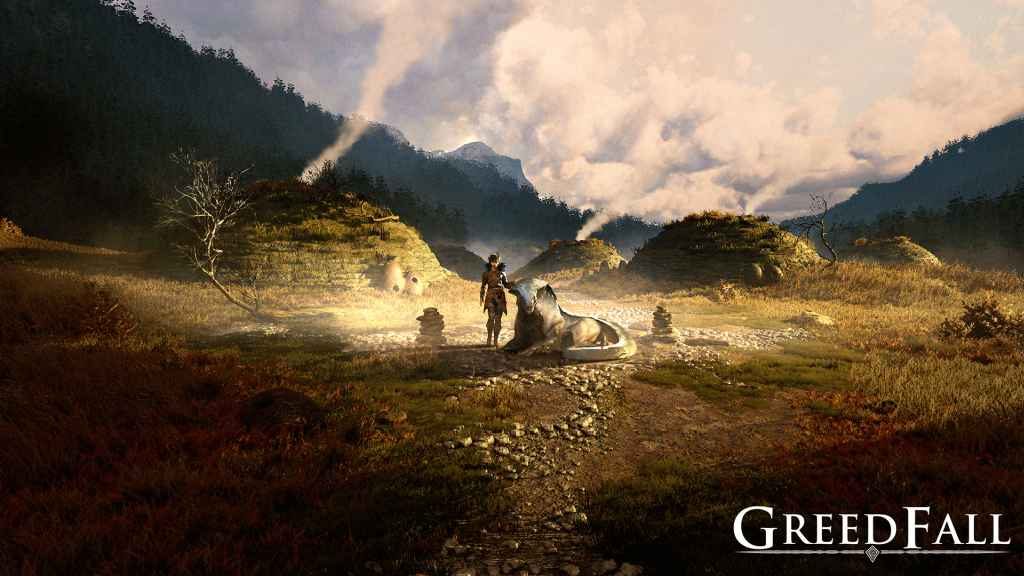 Mere days before the event kicks-off in earnest, Spiders and Focus Home Interactive have released a brand-new E3 story trailer for intriguing fantasy action RPG Greedfall. Giving players a closer look at both the game’s story and unique setting.

If that wasn’t exciting enough, however, today’s trailer also gives us a cleared idea as to when the game will actually arrive – September 2019.

Today’s trailer dives into GreedFall’s epic story and setting”, reads the accompanying synopsis over on the PlayStation YouTube channel. “As settlers, mercenaries and treasure hunters depart the old continent to converge on a remote island seeping with magic – rumored to be filled with riches and lost secrets. On the hunt for a cure to save your home continent from a devastating disease, you find yourself in the middle of ever-increasing tensions between the invading settlers and the local natives protected by supernatural Guardians, manifestation of the island’s magic.

You can progress and succeed in quests through a multitude of paths. Whether utilizing combat, diplomacy or deception, the way you reach your objectives depends on your choices and how you choose to develop your character. The island of GreedFall is a living, ever-evolving world. Your actions, from seemingly trivial choices to the most important political decisions, will influence its course and, ultimately, shape your story.

The trailer itself, while perhaps not quite so informative, is far better at conveying the unique blend of fantasy and history on offer in Greedfall. We’ve embedded it above, in case you fancy taking a look. And we’d strongly urge you to do so – it’s very good.

Greedfall will be available on PS4, Xbox One, and PC when it arrives later this year. In the meantime, stay tuned to PSU for up more info as and when we get it.