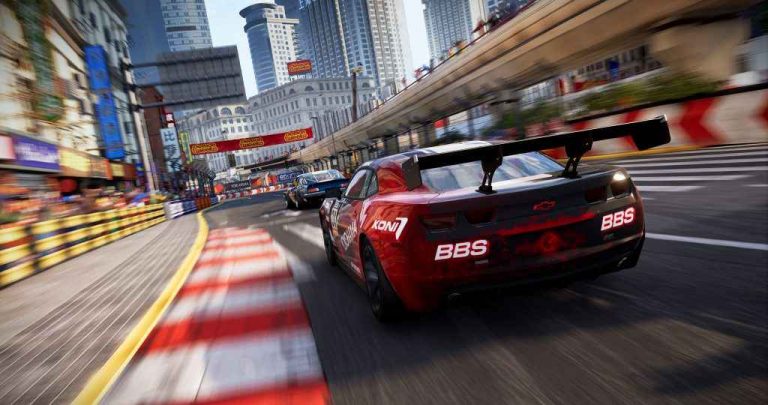 Codemasters has rolled the GRID launch trailer out of the garage for you to feast your eyes, offering a sizeable look at the upcoming racing title ahead of its debut on PlayStation 4, PC, and Xbox One on October 8. Well, that’s assuming you’ve got the Ultimate Edition of the game; if not, you’ll have to wait a few extra days to get your hands on the game.

GRID is out on PS4, PC, and Xbox One on October 11 if you don’t have the Ultimate Edition of the game ordered.

Speaking of which, the Ultimate Edition of GRID includes a wealth of bonus content in addition to a copy of the game, including the Hypercar Track Day Pack, the Racing Hatch Track Day Pack, and GT Track Day Pack. Gamers can also snap up extra cars, player cards, player banners, unique liveries, and VIP status.

The latest entry in the GRID series will pack over 70 motors under the hood, including modern staples such as the Porsche 911 RSR and the classic such as the Ford GT40. In addition, players will able test their metal on the track across 12 locations, including China, Malaysia, Japan, UK, Spain, and the US, with the goal of reaching the GRID World Series by selecting from six career paths.

Feel the atmosphere and excitement of authentic motorsport stories whilst mastering every discipline in your journey to being crowned the GRID World Champion.

Ranging from the iconic Mini Miglia in the teeming rain of Silverstone, to Fernando Alonso’s FA Racing and the iconic Renault R26 on the tight streets of Barcelona; you’ll forge fierce rivalries across a huge variety of circuits and tracks in your quest for glory. No game captures the essence of motorsport drama more than GRID.