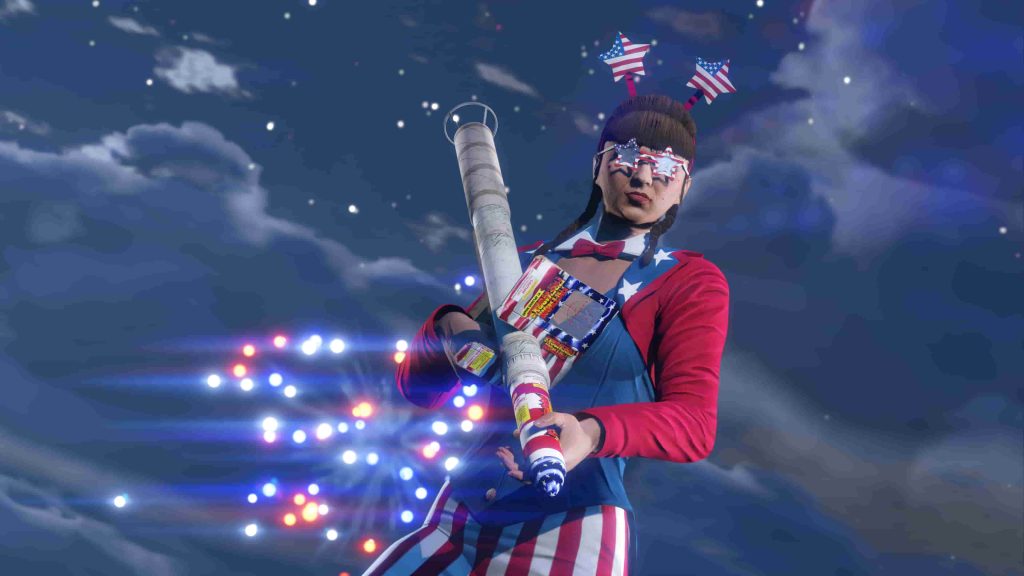 Rockstar Games has revealed that it is celebrating Independence Day in style with this week’s GTA Online update, which comes jam-packed with discounts in the build-up to the July 4 festivities.

Furthermore, PlayStation Plus members will also receive a bonus GTA$1,00,000 deposited into their in-game Maze Bank for playing between now and August 5.

Elsewhere, Business Battles are offering up a number of patriotic gifts including the State of Happiness t-shirt and Super Wet Beer Hat. There’s also the usual dose of GTA$ and RP rewards to hoover up if you’re in the mood.

Finally, the following vehicles are also on sale for 50% off the usual asking price:

Grand Theft Auto 5 and GTA Online will be coming to the PS5 and Xbox Series X in late 2021.