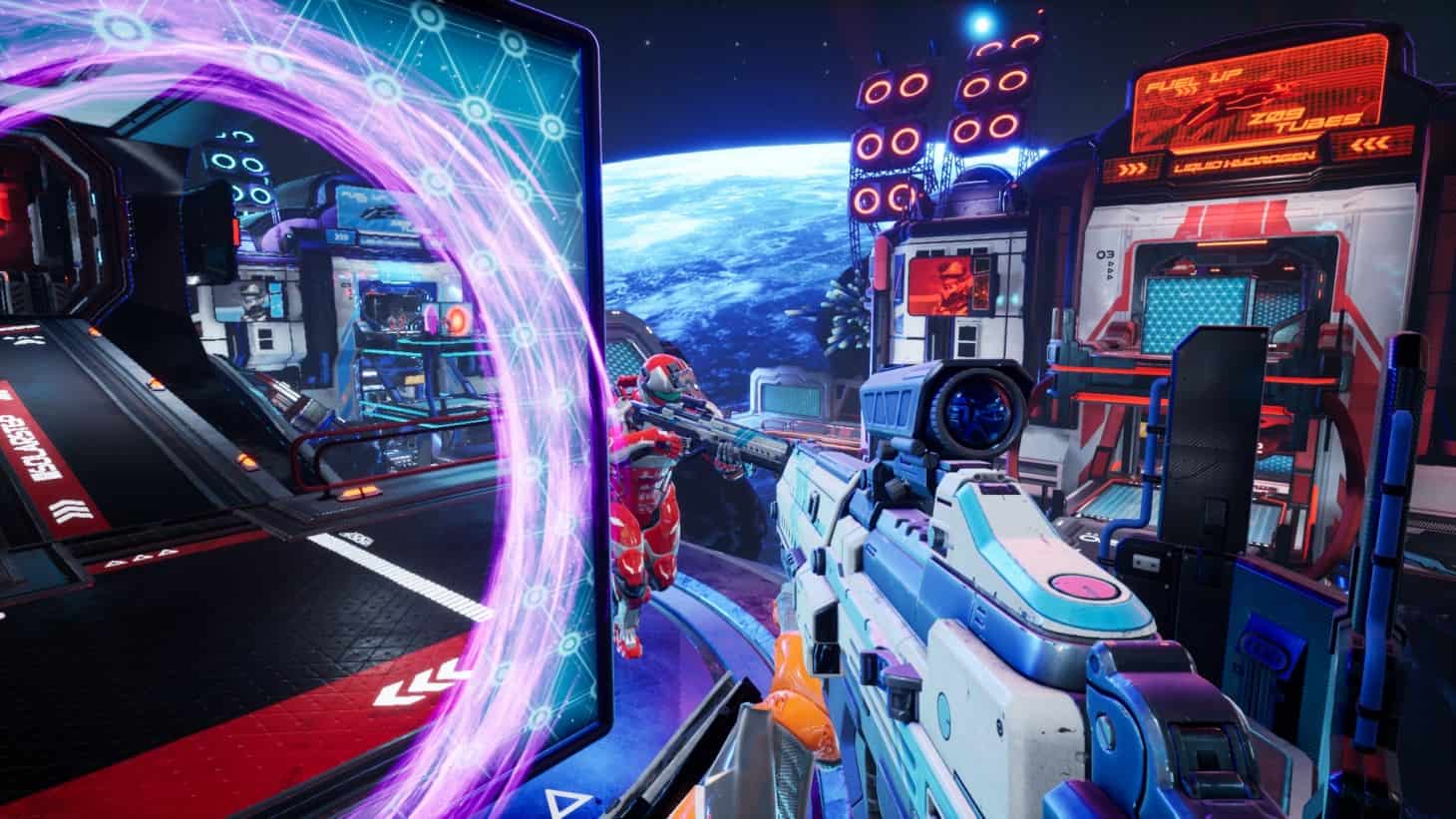 How To Get A Portal Kill In Splitgate, Splitgate Portal Kill, Splitgate – The Splitgate Beta is currently ongoing for PS5, PS4, Xbox Series X/S, and Xbox One, which means there’s plenty of time to try ad net that elusive Splitgate Portal kill that everyone’s after! Not only is this immensely satisfying, but will net you the Trickster Trophy to boot!

Read for more details on how to get a Portal kill in Splitgate!

Splitgate: How To Get A Portal Kill

The portal kill is done by having an enemy killed by falling through one of your portals, NOT, as some believe, by simply nabbing a kill with a weapon through a portal. As such, it’s pretty difficult to achieve, and there isn’t really a cast-iron way of getting one in the bag. They must also be obtained in a public match, not a custom game.

To improve your chances of getting a Splitgate portal kill, there’s a couple of things you should take note. First, the Highwind or Olympus map are the best choice of battleground due to their inclusion of high walls. As such, you should aim to shoot a portal at one of these walls, and one that is as high as possible.

Once you’ve done this, head over to where much of the action is taking place, make another portal to lead you back to the first one you created, and try and get the attention of someone so they follow you. Ensure they are at full health, so don’t shoot at them. The idea is that you will then go through the second portal, they will follow you, and meet their demise.

Essentially, it’s all about the careful placement of the killing portal and baiting someone so they’ll follow you. Good luck!