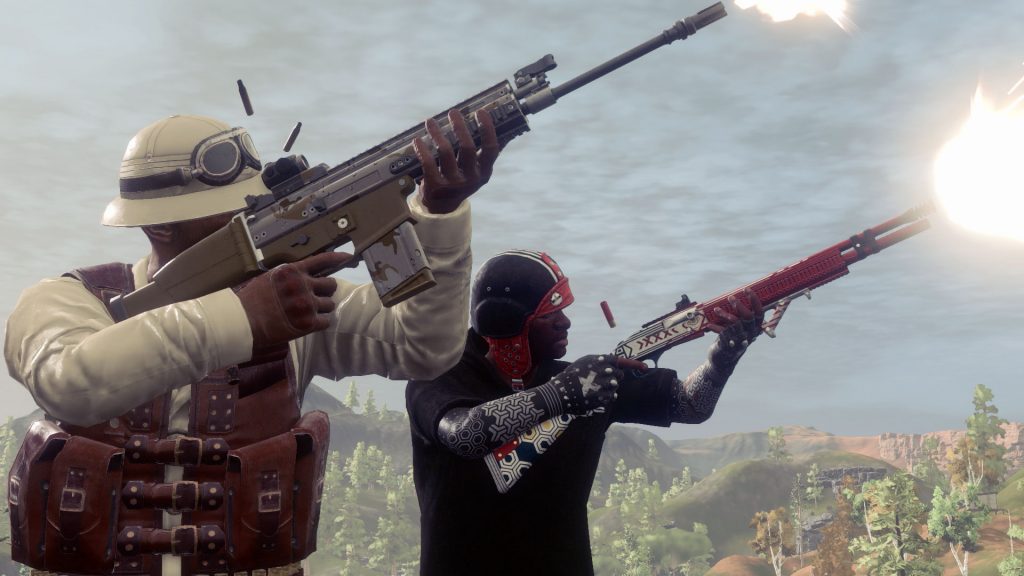 Daybreak Games has announced that PlayStation 4 battle royale title H1Z1 has received a major content drop today, with players able to tuck into a new map, Outland, plus a range of fresh weapons and vehicles for the game. It’s been described as the “biggest content drop in H1Z1’s history,” so yeah, it’s a pretty major deal.

H1Z1’s Outland map features a number of standout locations, including Deadman’s Swamps, the Pueblos, and the Canyon bridges. Here’s what Daybreak Games had to say on the new location:

Outland doesn’t just look new – it’s a fundamental redesign of H1Z1’s play space. Every inch and every corner of the map has been intricately designed to emphasize and amplify the fast-paced combat and tense decision-making that makes each H1Z1 match epic and memorable. Vast terrain diversity, increased verticality, and improved POI accessibility all complement a design philosophy intended to reward the adventurous and adaptable player willing to learn Outland’s secrets and alter their strategy accordingly.

Elsewhere, there’s also two new weapons available: the Command and the Heavy Assault. The former is an automatic assault rifle that is designed to offer an alternative to the standard AR, delivering a high rate of fire and mobility at a cost of precision. Meanwhile, the Heavy Assault dishes out major damage at mid-range, and is positioned as an alternative to the KH and Marauder rifles.

Players can also hop into four new vehicles. First up is the Untamed, a muscle car packing off-road tires and boosted turbo abilities that accommodates up to five players. The Torque meanwhile is a “classic” and quieter version of Untamed, while the Gazelle is a two-seat variant of the ATV that’s ideal for “traversing the winding corners of Outland.”

Finally, the Racer pretty much does what it says on the tin. It’s a luxury sports car that boasts both speed and style, and can seat five players.