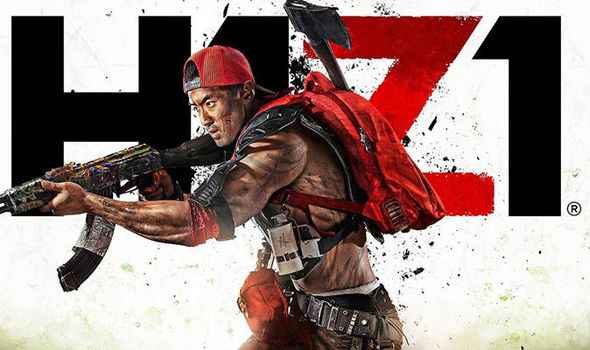 The absence of PUBG on PS4 has left a window open for a more ‘realistic’ Battle Royale shooter to take its spot on Sony’s juggernaut console. H1Z1 Battle Royale, after a successful Beta phase, has stepped up to the plate, but does it capture the biggest gaming craze around well? It should, after all, it pretty much kicked it off in the first place.

Before Brendan Greene found widespread fame and fortune with the white-hot success of PUBG, he was tinkering away on a new multiplayer mode for open-world zombie survival game H1Z1. That mode, King of the Kill, would eventually become its own separate game and Greene would go on to create another of his own in PUBG.

After finally releasing on PC earlier this year, H1Z1 Battle Royale came to PS4 in Early Access Beta back in May. Rather than make an apologetic half-port of the PC version, Daybreak Games built a new console version from the ground up. A snappier, sleeker, and more aggressive H1Z1 that brushed aside inventory management fiddliness so players can focus on the stuff that matters. Like driving cars off mountains and cowering in an office block.

As per the rules, H1Z1 Battle Royale sees you parachute onto a huge map (10km squared) with 99 (or more!) other players and scrape and scrounge for weapons, armor, and transport in a bid to be the last person standing. Oh, and there is, of course, the ongoing threat of a shrinking playing space as well. Here it is represented by a toxic gas cloud.

You don’t have quite the landing choice you’d get in say, Fortnite, but there’s plenty of time in the air to survey the landscape below for possible start points and most importantly, to find a weapon. The map has plenty of regular weapons and armor scattered about in the likes of buildings, campsites, and petrol stations (if you have a fancier skin for them equipped in your customization menu then the default weapon or equipment will change accordingly when picked up), but the really juicy stuff is hard to find outside of Air Drops, which can handily tempt players into firefights as they try to get some quality gear.

Getting the best gear is all well and good, but you have to use your smarts to survive. The random nature of Battle Royale games’ opening moments means you have to adapt your strategy on the fly. Should you land on a roof with no exit bar jumping off and no weaponry, for instance, you do have the benefit of being harder to spot or be shot, but you know you must pick your moment eventually to take a bit of damage and drop to the ground unarmed and rush to the nearest potential looting spot. Defensive, cautious play works wonders for large swathes of a match when you’re solo, but eventually, you’ll have to consider combat as the playing circle shrinks and the volatile toxic gas gets more and more potent.

Perhaps the most important combat tweak here is that aiming down your gun’s sights switches your view from third-person to first. This flexibility helps H1Z1 Battle Royale’s combat work well in close quarters and from afar, though things do get a little too twitchy when flashpoints occur in the labyrinth of tight corridors found in most open buildings. The situation requires calm and patience, but the obstacle such cramped combat offers is a feeling of disorientation.

Controls are pretty solid and dependable for the most part otherwise. This is an aggressive, punchier Battle Royale game than its rivals, but it’s far more methodical in how it progresses. There’s a decent balance between speed of play and time given to assess your options. If there was another weakness here then it’d have to be the vehicle handling/camera. It’s a little too loose with some vehicles, and the camera is slow to swing around in the default setting. You do get used to it though.

The game’s biggest blight is inarguably its visuals. While it has been given a polish and a few tweaks since the Beta phase, H1Z1 is rather rough and drab-looking. The realistic approach means the art style is generally quite muted, with greys, browns, et al dominating the color palette (and green of course thanks to the gas). On that front, Daybreak has started to add costumes and gun skins that brighten up the place and give the action a touch of visual flair, but the unfortunate side effect of that is you stand out against the dull backdrop in the more lurid gear.

The important thing is these technical drawbacks are being worked on, and they don’t detract from the pace and fluidity of H1Z1 in any significant way. Make no mistake though, free or not, there’s still lots of work to be done to really put H1Z1 into a properly sleek and appealing package. At least getting a game is a simple experience, with matches getting set up quite swiftly.

Three modes exist at launch. Solo, Duos, and Fives. This is plenty for now as it provides three dynamic variations on the format. Fives is especially fun if you land teammates who aren’t in it for the glory (they do exist, I promise). The sheer thrill of doing battle team vs team in close quarters is a consistent highlight in this mode (and duos to a lesser extent). The introduction of a Battle Pass and unlocks from that act as a decent incentive to keep at it (though progression feels a tad slow at present) and looking at the PC version, there’s more to come in terms of modes (Auto Royale is something to look forward to for PS4 players in the future).

So H1Z1 Battle Royale isn’t much of a looker and granted, this market for Battle Royale games is already getting close to saturation point for all but the most enthusiastic of genre fans, but as a more grounded alternative to Fortnite and currently the closest thing to PUBG on PS4? Well H1Z1 is definitely worth a go. Just be mindful that you’ll need to dig past the slightly off-putting first impression its visual style gives to really see what it does so well.

H1Z1 Battle Royale is out now on PS4.

Additionally, if you enjoyed this H1Z1 Battle Royale review, why not check out our feature that details the best free PS4 games you can get right now?

It's not particularly meaty yet and it needs a fair bit of work done on its visual side, but H1Z1 Battle Royale is a fine alternative to Fortnite for PS4 players. The redesign of the game for consoles has gone pretty well, and there's more joy and cohesion in squad games compared to its PS4 competition. At the grand old price of free, it deserves a chance if you're seeking something a little more grounded for your Battle Royale buck.