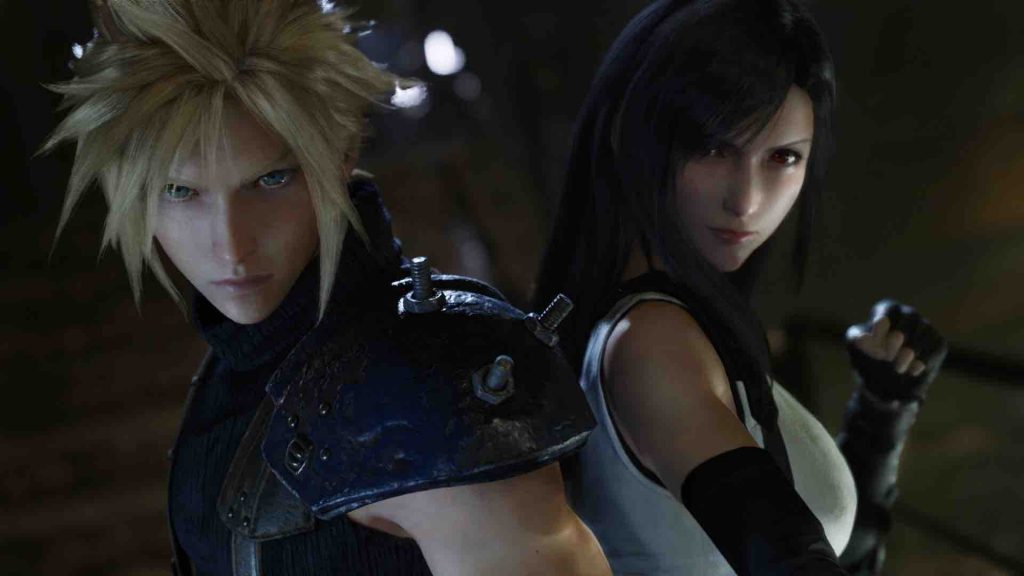 Of perhaps any game in the history of forever, has there been a title with more expectation heaped (not unreasonably) across its broad shoulders than Final Fantasy VII Remake? Nope, there really hasn’t. So it was with some trepidation that I sat down in amidst the London hustle and bustle of the 2019 Eurogamer Expo, controller in my hands, expecting to be either slightly impressed or wholeheartedly underwhelmed.

Thankfully, based on this somewhat humble sample at the very least, Square-Enix would appear to be doing all the right things as it brings arguably its most recognisable JRPG to a whole new audience. Folks, Final Fantasy VII Remake is looking seriously legit.

In the 15 minute timed demo, (the same as our own Ernest Lin played at TGS 2019) players are given control of dysfunctional mates Barret and Cloud who are tasked with planting a bomb deep within a Mako Reactor to disrupt the powerful and nefarious Shinra Electric Power Company, who have long oppressed the people and poisoned the planet with their chemical output. When taking in direct comparison with the original Final Fantasy VII, the scope and spectacle of this scenario has predictably gone through the roof, as players can freely roam around the massive structure in a way that just wasn’t possible previously.

Before planting the bang-bang and kicking off the demo’s boss encounter (which I’ll get to in a bit), the Final Fantasy VII Remake demo immediately thrust me into combat against a variety of Shinra goons and robots. Right away the scraps in Final Fantasy VII Remake feel grandly satisfying, as the game effortlessly enables the player to segue between real-time and ATB style combat and change from one character to another with a quick press of the directional pad. Pointedly, it’s really in the combination of these elements that the title shines.

For example, you could be hacking away with Cloud’s trusty Buster Blade, switch to Barrett and unleash a barrage of automatic fire and then switch back to Cloud, pause the action with the ATB button, and either use an item, cast or spell or unleash a special ability. It’s a tremendously freeing system of combat that feels much more satisfying than the mechanics seen in the most recently mainline series entry, Final Fantasy XV. That said however, caution should be exercised, not least because the ATB bar takes time to fill and cannot be used infinitely – forcing you to be tactical as and when you use it.

Likewise, the stagger mechanic also makes a return here too, allowing you to deal extra damage to a foe once you’ve broken their stagger threshold with a series of concentrated attacks. Here’s the thing though – the ATB system ties directly into the stagger system too as it allows players to choose specific, stagger boosting attacks that allow them to reach that stagger threshold much more quickly. Put simply, the combat in Final Fantasy VII Remake seems to hit that delicious sweet spot of instant gratification and deep strategy.

Nowhere are the highly enjoyable combative beats of Final Fantasy VII Remake better showcased than in the clash with the Scorpion Sentinel robot boss, which is re-imagined with thrilling flair, spectacle and verve. A multi-phase encounter, this boss fight is split into a series of mini stages that each trigger when you knock down the towering automaton down to various sections of health, requiring you to think on your feet, take advantage of vulnerabilities, and use cinematic Limit Breaks to inflict huge amounts of damage.

This boss fight seemingly takes an age to resolve too. Easily eating up the lion’s share of that 15 minute time limit, it’s a properly epic encounter where the new 3D free roaming combat now demands different strategies to best the boss, requiring you to get behind him to avoid lock on attacks and more in a way that you couldn’t just do before. Likewise, the on-screen spectacle simply never slows down either, with missiles blowing up everywhere, gunfire spraying in every direction and the Scorpion Sentinel robot proving deceptively agile as it leaps onto walls and back onto the platform again with scary dexterity and thunderous sounding purpose.

Pointedly, Cloud is much more talkative in this remake too, especially during combat, offering up a volley of blistering sarcastic rebukes to Barrett’s constant brow beating during combat; tantalisingly hinting at a hopefully much wider expose of Cloud’s personality. In case there was any doubt about Final Fantasy VII Remake’s audiovisual credentials; allow me to allay them right here. Final Fantasy VII Remake is a marvel for the senses, with hyper detailed environments and character models that are among the best I’ve ever seen, while the remixed guitar soundtrack does a superb job of rejigging Final Fantasy VII’s classic Nobuo Uematsu score.

Though it’s difficult to shake the feeling that the demo was more of an extended tutorial than anything else, it’s clear that the fundamentals are in place to create a superb JRPG that honors its towering legacy. The pressure to get a remake of something as hallowed as Final Fantasy VII *right* is immense and based on this early look, it would seem that the Japanese developer has done justice to that classic and then some.

Get excited for March 2020 because it looks like Square-Enix has pulled off the impossible.