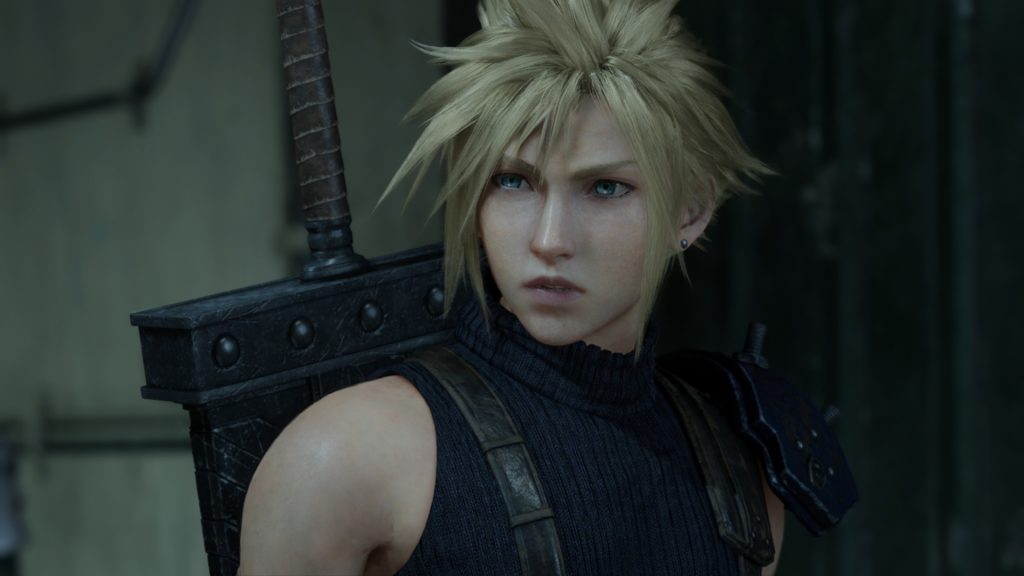 Back at E3 2015, the Final Fantasy VII Remake was unveiled at Sony’s press conference, along with the announcement of Shenmue III and return of The Last Guardian. These three games made up a Holy Trifecta of seemingly pipe-dream vaporware, making for one of Sony’s best E3 showcases to date. I was in attendance at the E3 2015 presser and not only witnessed, but partook in the ecstatic celebration.

Even more surprising, these games continued to be developed and have or will soon be released. The Last Guardian arrived in December 2016; Shenmue III is launching in November; and last but not least, next March, the first of the Final Fantasy VII Remake is just less than half a year away on March 3, 2020.

I had the privilege of getting hands-on with a demo of FFVIIR at Tokyo Game Show 2019 and walked away with my level of anticipation changed – I am now even more excited than before. My demo wasted no time from the start, and after a few words from your ally Jessie, control is immediately handed over to me. At this point, I assumed the role of central protagonist Cloud Strife with his buddy Barret following along. Here we were in Sector 1 of Midgar, trying to make way to the target – a Shinra Mako Reactor. As Cloud, I traversed various metal platforms and picked up various items I discovered along the way; everything until that point felt responsive enough.

When I came to a ladder to climb down on, Cloud stepped down one rung at a time at first. “Oh no, is it going to be this tedious with every ladder?,” I muttered to myself. Just as I finished that thought, Cloud slid down the rest of the way. Guess not! This was the big first hint to me Final Fantasy VII Remake knew what it’s doing.

Soon enough, I encountered enemies before any boredom could set in. It was time to fight and if I felt how the game controlled was good thus far, the combat further proved how solid it feels to play FFVII Remake. The default battle system features real-time combat where you can take full control of a character, controlling their position, movement, and attacks. (An optional Classic Mode for turn-based combat was announced at TGS.) Tapping the square button executes a basic attack – In Cloud’s case, a regular swing of his Buster Sword. The R1 bumper button allows you to block, while switching to other characters is a simple press on up or down of the D-pad. The camera’s transition to another character is speedy, so it never feels cumbersome. Barret’s square button attack fires a barrage of bullets from his gatling gun arm. As you assault enemies with attacks and magic, their focus gauge will fill up and eventually become staggered – allowing your attacks to deal increased damage all the while the enemy stays still and unable to attack.

That moment-to-moment combat is easy enough, but barely scratches the surface of FFVIIR’s battle system. Hitting the X button slows down to a practical standstill and brings up Tactical Mode. This is where the meat and depth of the fight takes place. From the menu, you can select abilities to unleash more powerful attacks, spells for offensive or defensive magic, and various items. Executing one of these uses up a bar of the character’s ATB meter, which recharges regularly.

While I didn’t get the chance to use a Summon in the demo, I could use Limit Breaks. In this demo, Barret’s Limit Break “Fire in the Hole” shoots a massive charged beam of energy at his opponents. Cloud’s Limit Break here is Cross-Slash, where he carves the Japanese kanji character 凶 into the enemy. Both Limit Breaks featured satisfyingly flashy animations that didn’t overstay their welcome. Thankfully, at any time, you can command these functions for other characters you are currently not controlling in real-time combat. Meaning while I am fully controlling Cloud, I can bring up Barret’s Tactical Mode menu and command him to use a spell to heal Cloud. This handy inclusion combined with the snappy switching of characters for real-time control had me feeling like I had just as much control over my party as I did in the original’s turn-based system.

The switching back and forth between real-time attacking to Tactical Mode functions may sound like it could trip up the rhythm of the battle. However, I felt it panned out well. I found the combat of FFVIIR to be immensely fun, rewarding, and added an additional sense of agency. All these pluses were demonstrated splendidly during the Scorpion Sentinel boss battle, which closed out my demo. I was kept on my toes as I kept my real-time-controlled character out of harm’s way, blocking, or launching basic attacks. All the while, these frenetic times were punctuated by moments when I slipped into Tactical Mode to use an ability, spell, or item.

As my colleague Tim Nunes wrote, Final Fantasy VII Remake actually does combine the best combat parts of FFXIII and FFXV – fusing refreshing action with thoughtful strategy play. I had a blast with my demo and cannot wait to experience the full game someday. Last but not least, I cannot stress how beautiful the game’s visuals look so far. Everything, from the characters, environments, mechanical designs, are displayed in stunning fidelity, but never betraying the aesthetic that the original Final Fantasy VII established. Likewise, the audio design was a gratifying pleasure to my ears. I heard it all – the re-recorded iconic Nobuo Uematsu score, the rambunctious sounds of battle, and lively delivery by the voice cast. I couldn’t ask for much more.

Final Fantasy VII Remake is shaping up fantastically and an astounding return to form for the franchise. Fans, rest assured, you’re in for a real treat come March 3, 2020.