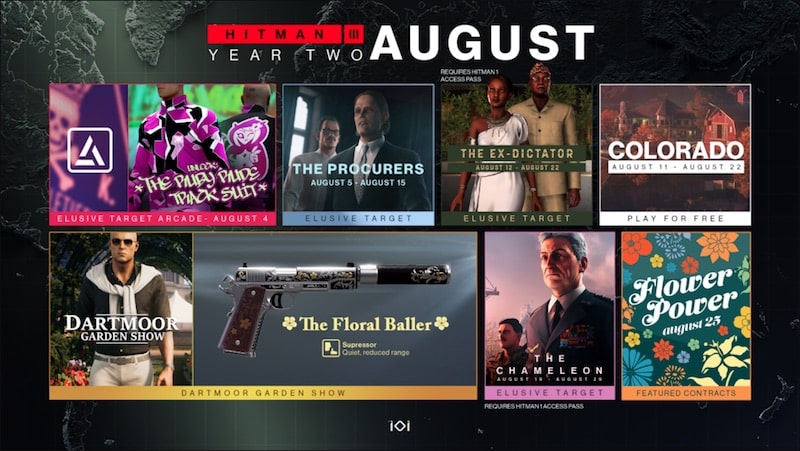 IO Interactive has lifted the wraps off the Hitman 3 August 2022 roadmap, confirming another slew of Elusive Targets are back in action alongside the Dartmoor Garden Show and the Featured Contract ‘Flower Power.’

Check out full details below.

Players will now see a mix of various Elusive Targets from all 3 games in each batch – meaning, one batch will contain 1 Elusive Target from each HITMAN game. We’re now able to pick and choose from the full roster of available Elusive Targets to create more variety and themes.

Meanwhile, August 5-15 will see The Procurers Elusive Target return to Dartmoor, while The Ex-Dictator will rock up from August 12-22. Meanwhile, players will be able to take the Colorado map for a spin for free August 11—22, while the Dartmoor Graden Show will offer up the Floral Baller surpassed handgun.

Finally, The Chameleon Elusive Target will show up August 19—29 and the Flower Power Featured Contract will kick off on August 23.