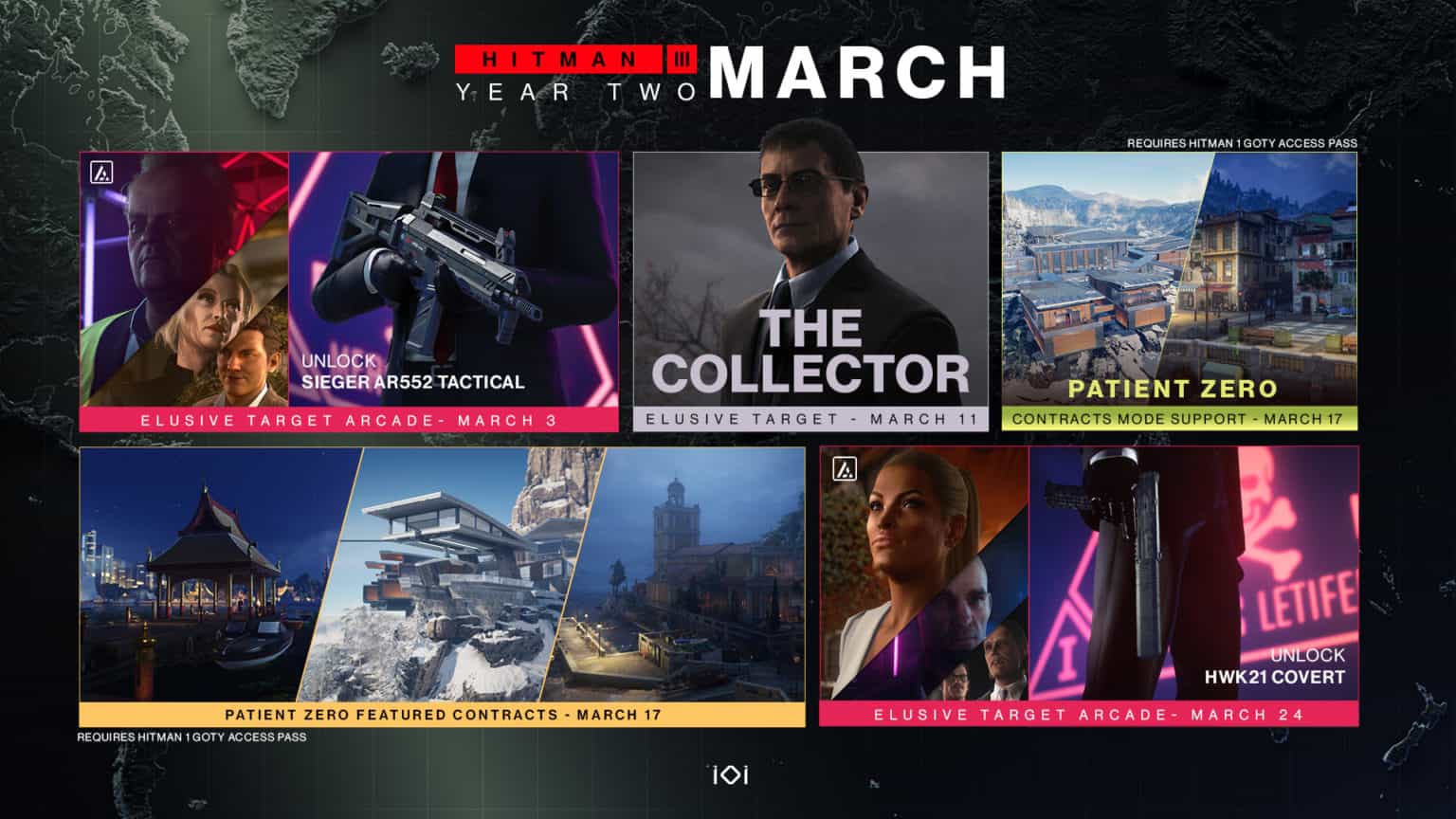 IO Interactive has lifted the wraps off the Hitman 3 March 2022 roadmap, which will feature changes to Arcade Contracts as well as The Collector Elusive Contract.

Things kick off today with Elusive Target Arcade, offering three Arcade Contracts spread across each game in the Hitman World of Assassination Trilogy — Nebulae, the Genera, and The Vitae. Completing these will reward you with the Sieger AR552 Tactical assault rifle.

In addition, the following changes are being made to Arcade Contacts:

Beyond that, March 11 will see The Collector Elusive Target return to the fold, which takes place in Dartmoor. Players will have 10 days to dispatch their target, and completing the contract will go towards unlocking ET suits via challenges.

Finally March 24 will add yet another bunch of Arcade Contracts for Elusive Target Arcade. “This batch will also include an Arcade Contract consisting of Elusive Targets from each game in the trilogy. Once you’ve successfully completed any of the three, the HWK21 Covert will be yours.”