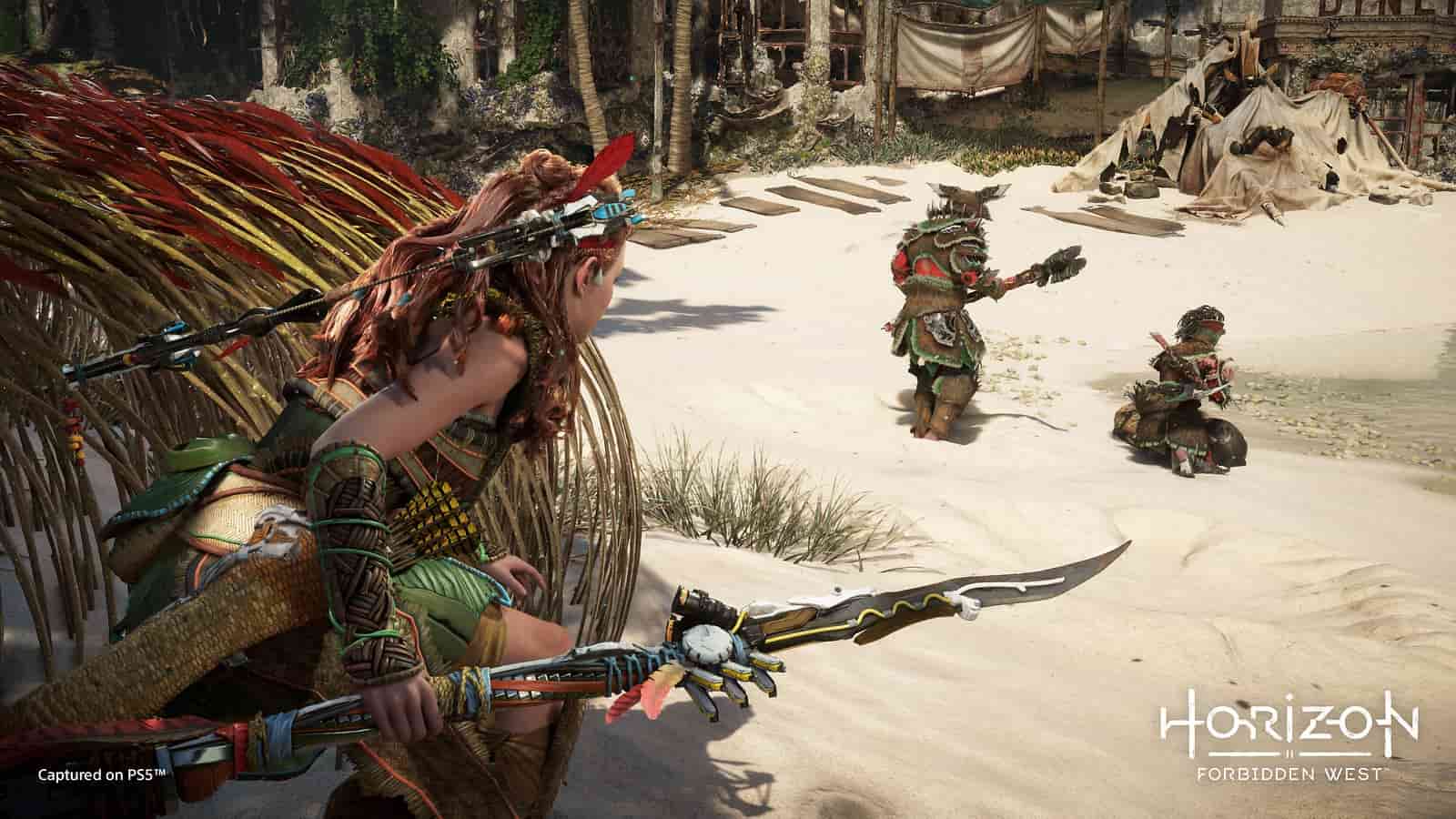 Guerrilla Games has taken to the PlayStation Blog to reveal details on a number of new abilities that will be coming to Horizon Forbidden West, including the Pullcaster and Shieldwing, both of which will complement Aloy’s existing arsenal.

First up, the Pullcaster is a mechanical device mounted on Aloy’s wrist, and features two separate functions. First of all is the grapple mechanic, which acts as a means of traversal as it allows players to ascend the environment and can also be used as a handy escape option.

Secondly, the Pullcaster can function as a winch, which you can dynamically manipulate, moving and destroy objects in the environment. One example cited by Guerrilla’s Lead Systems Designer, David McMullen, is pulling a hidden loot chest from a leg or “tearing open a vent to create a new climb path.”

The Shieldwing was always a team favorite, it provides not only the most exhilarating way to return from an epic climb but also the most picturesque! This tool is invaluable with having so much more verticality, where backtracking down the same trail holds less of an appeal as on the way up.

Guerrilla Games previously revealed that the game will include a new Skill Tree system, and that Aloy’s outfits will now possess skills for players to utilise.