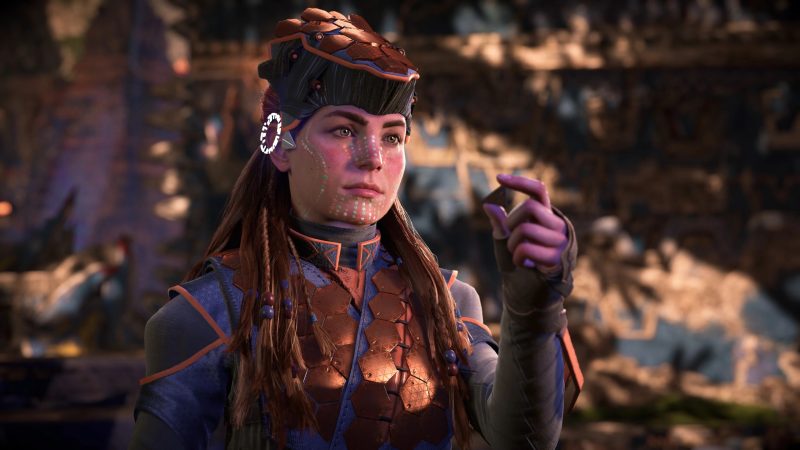 Horizon Forbidden West’s latest patch 1.17 brings a few big features for players with the equipment to take advantage of them. Those being support for variable refresh rate monitors, and a 120Hz mode.

The update also includes what Guerilla is calling its new “balanced” graphics mode, which has the game running at 40Hz, while likely keeping some of the more intense graphics settings turned on.

There’s also plenty of bug fixes and quest issues that have been fixed, and Guerilla notes that it is still looking into many of the community reported issues it’s receiving.

Regarding the new graphics modes, it should be clear that they don’t exactly mean the game will run at those higher framerates in the case of the 120Hz mode, only that it can run up to those framerates with that mode on.

According to the patch notes, the target refresh rate for the VRR mode and the high framerate mode or 120Hz mode is between 60Hz and 120Hz.

You can check out the new trailer for the update, here:

For all the other fixes and issues that have been dealt with in this update, you can check out the full patch notes for yourself, here.

We are currently looking into several issues reported by the community. Please note that these issues are not yet fixed in this patch, but our teams are aware of them, and they’re being investigated.