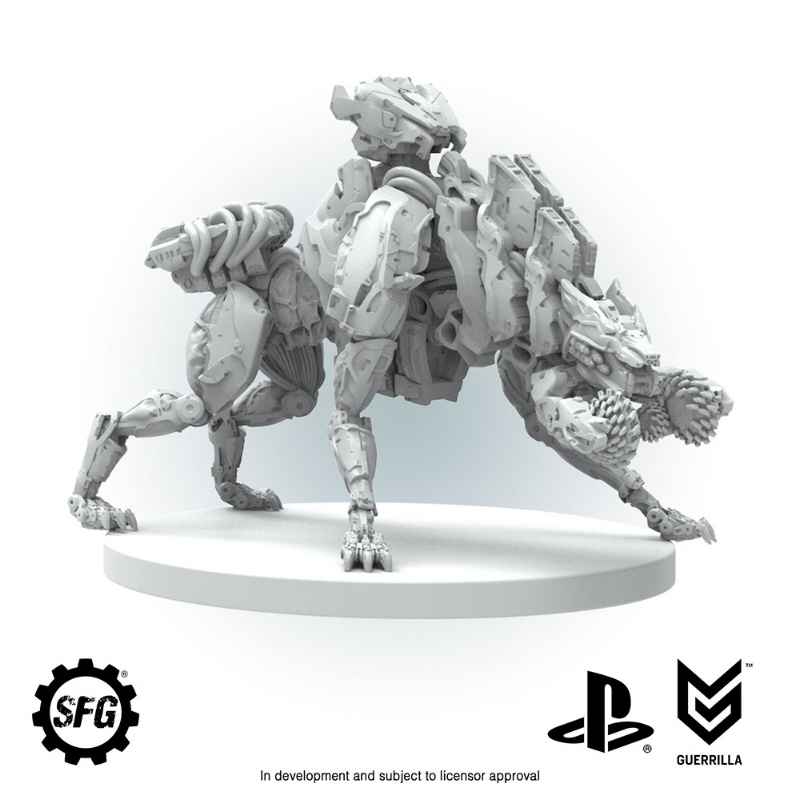 The Horizon Zero Dawn board game is getting closer to completion. Guerrilla Games PS4 exclusive will be getting the tabletop treatment by Steamforged Games, who have previously released board games for Dark Souls and Resident Evil.

The project is Kickstarter-funded, and created in collaboration with Sony and the Horizon Zero Dawn developer. At the moment, they’ve surpassed their goal and say that all additional pledges will help them make bonus content. Horizon Zero Dawn Board Game Getting Closer To Launch

In an update on the PlayStation blog, Brand Licensing Manager Brian Miller writes:

“Pledges for the board game have already far surpassed the funding goal and are busy earning bonus content, so it’s coming to a table near you – if you pledge before time runs out that is!” The Horizon Zero Dawn board game has currently raised over $1 million in pledges, way beyond the original $155,000 goal.

For now, some of the finer details on how the game will play out haven’t been revealed, though we do know that the mini-figurines will feature some iconic creatures from the game, including robotic dinosaurs like the Scrapper. We also know that 1-4 players can take part, taking the roles of a Banuk Survivor, Carja Warrior, Nora Outcast or Oseram Forgesmith hunters.

You’ll earn Sun tokens along the way on what’s described as a “treacherous journey” for glory.

A release date for the Horizon Zero Dawn board game has yet to be revealed.