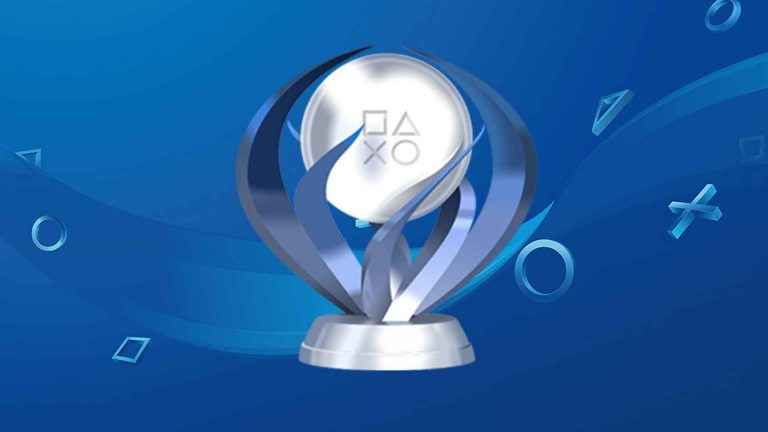 Love them or hate them, PS4 trophies have become an integral part of PlayStation’s ecosystem.

Though an aside for many players – not least by virtue of some of the more taxing requirements in games such as Mortal Kombat 9 or Fight Night Round 4 – it’s a pastime that’s garnered a committed audience, however small, that will happily trawl through tedium to rack up as many shiny platinum trophies as possible.

(‘Tedium’ mightn’t be the optimum word when you have people ploughing through the likes of Terminator: Salvation or Hannah Montana: The Movie for that reason alone. Good marketing to mask actual design shortcomings, mind.)

Despite being in operation for just over ten years, Sony’s system – a direct, albeit delayed response to Microsoft’s runaway success with its ‘achievement’ system – hasn’t changed all too drastically over the period, but one thing’s for certain, its implementation in PlayStation’s most recent first-party games definitely has.Sony has gotten praise over the past 2-or-so years for the release of successive critically acclaimed games from its first-party catalogue; the likes of Sony Santa Monica’s God of War, Guerrilla Games’ Horizon Zero Dawn, and Insomniac Games’ Spider-Man have all garnered commercial and critical success, propelling each respective developer into the upper tier of development with the likes of Naughty Dog and have thus cemented Sony’s position as the market leader in console sales this generation.

And while the praise has been justifiably leveled at each game’s visual proficiency, streamlined mechanics, and design – one seemingly inconsequential aspect that’s been overlooked is all three’s approach to trophies.

For too long Sony’s in-game achievement system has been, perhaps rightly, on the lowest rung of the developmental blueprint, often relegated to an afterthought involving the collection of every single trinket in a game or locked behind some arbitrary condition or difficulty that borders on masochistic for the player.

As of late, however, it seems as though Sony has used the system as a way of enhancing each of its first-party crown jewels. At their best, PlayStation trophies should serve as a method by which to challenge the player to explore games in new and interesting ways – deliberately pointing them in directions of intrigue that are developer-instructed and mandated. Whether that be with the likes of Resident Evil Remake that invites players to complete the game with only a knife or under other similar restrictions that heighten the game’s unparalleled tension, (something that’s a big part of that particular community long before trophies) or in Ratchet and Clank where you have to use the ‘Groovitron’ on every enemy in the game, (because, let’s face it, who doesn’t want to see foes boogie under the sparkling sheen of a disco ball) trophies should act as a conduit to see and do everything a game has to offer in a fun and rewarding way.

Related: Why We Love PlayStation Trophies

First-Party PS4 Games Encourage You To Get Platinum

In the case of the three aforementioned first-party titles, the developers have achieved just that. It’s not often that I feel compelled to ‘platinum’ a game – it’s normally reserved for a feeling of nostalgic closure by finishing re-releases of old favourites such as the Crash Bandicoot trilogy or Final Fantasy X – but it’s no coincidence that I have gotten the platinum trophy for Horizon Zero Dawn, God of War, and Spider-Man one after the other. And it never felt like a chore.

Of course, each respective game’s overall quality aided the ‘want’ to collect every trophy available but conversely it was the list itself that drove me to explore all three far more thoroughly, soaking in the atmosphere and wealth of options afforded to each.

Without that matrimony between game and curation by way of a trophy list pointing me in all directions it would’ve been a lesser experience overall. Not by much, mind, as PlayStation trophies are merely complementary to already fantastic experiences, but it makes a difference.

It goes without saying that each game is ostensibly open world and uninhibited by any difficulty-dependent base trophies and that does go a long way to shoring up any contempt for trophy collecting but it’s plain to see that the developers took care in creating their lists and it reflects in how many people have done the same as myself. For an idea of the wider context, Spider-Man’s Platinum Trophy completion percentage sits at just over 11 percent – a staggering indicator louder than most that a well-crafted trophy list can extend both a player’s time in a game as well as their enjoyment. To think that over 1 in every 10 players of Spider-Man felt compelled to see the game beyond its traditional completion – in an age where games are rarely finished – is testament to not only the game’s overall quality but the curated nature of its trophy list.

You don’t have to upgrade every gadget or snuff out every glowing dot on the map – you just continue to play the game and invest in its systems and world and it comes naturally. Both God of War and Horizon Zero Dawn sit at 5.5 and 7 percent respectively which is still worth boasting about when the vast majority of a games have their platinum completion hovering around 2 percent. Difficulty notwithstanding, people just don’t typically engage to that degree.

Maybe it’s just a flash in a pan – a perfect storm of game development and a little conscious effort to form tasks around design with Sony’s in-game system in mind. Whatever the case, it’s not worth betting against Sony continuing to listen keenly to responses about its games and crunching the numbers of those unlocking all those shiny trophies as a method by which to inform future decisions.

With the likes of The Last of Us Part II, Ghosts of Tsushima, and Days Gone in the distant and not-too-distant future it’s worth the price of admission alone to see if the trend continues.