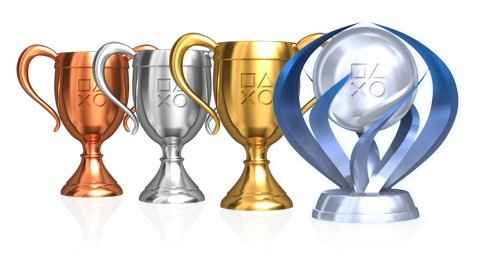 Can you believe it’s been ten whole years since Super Stardust HD on PS3 ushered in the era of the PlayStation trophy?

On July 2, 2008, trophies were first added to PS3 games in response to Xbox’s own Achievements system, and here we are a decade later with it a fundamental part of the PlayStation experience.

While Super Stardust HD was the first to receive trophies, it was quickly followed by a bunch of other PS3 titles when the PS3’s 2.40 Firmware. Here’s what the initial lineup was ten years ago.

Whether you hide them away as an annoyance or spend countless hours reding trophy guides and grinding your way to a coveted Platinum trophy, there’s no denying trophies have had quite an impact in the last ten years.

I’m no trophy hound when compared to the dedicated Platinum Hunters out there (and a few at PlayStation Universe too) yet I’ve still amassed 8564 trophies on my main account in that ten-year span (just the 37 Platinums though). Those trophies tell a story of my personal progress across three different PlayStation formats and it contains many favorites, frustrations and more.

It’s hard for me to imagine not having the familiar ping of a trophy unlocking at this point. It’s almost comforting to hear, even if I don’t go chasing it all that often.

When I did successfully pursue a Platinum (rather than have it handed to me, Telltale!) it was a wonderfully satisfying feeling. Traversing Skyrim’s many technical issues to gain all the trophies was particularly special.

Perhaps my actual favorite trophy run was getting the Platinum trophy in Borderlands on Borderlands 2’s launch day and then steaming through that game for several stupendous weeks to nab the Platinum for it as well. It was great to get the trophies, but it was better that I could take that journey on with others by my side. I’d never enjoyed co-op play as much as I did for those few weeks.

During the PS3 era, I played so many games I probably would have otherwise missed, simply because of the trophy opportunity. That’s died off eventually as trophies became that bit less exciting, but I like to think it opened my eyes to a far wider variety of games that served me well in the years since.

It was my time spent on forums of a PlayStation trophies site that actually got me writing again, and subsequently led to me working at PlayStation Universe. So while on surface value, trophies are not much more than distracting little pleasures/annoyances meant to add a bit of longevity and purpose to games, they have had a profound effect on how I perceived games and ultimately, renewed my passion for talking about them to the point that I’m here writing this now.

I may not be as time rich or indeed fussed enough to chase that Platinum dragon quite so passionately these days, but trophies still bring a little smile to my face every time I hear that comforting ping.