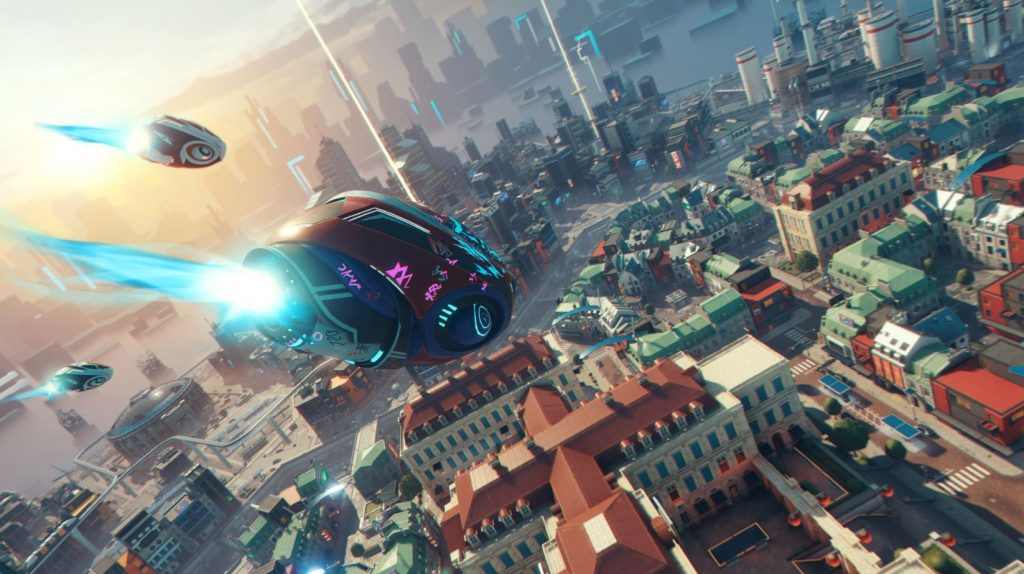 Hyper Scape Season 1 ‘The First Principle’ has officially been given a release date and everyone wants to know what we can expect. Well, this article will cover Hyper Scape Season 1’s Battle Pass, New Content, Limited Times Modes, and more.

Hyper Scape’s Season 1 Battle Pass will have both a free and premium version with 100 tiers to progress through. The premium track will close you 950 Bitcrowns, the game’s premium currency. Ubisoft hasn’t revealed any of the content or cosmetics we can expect from this battle pass yet, but we will likely hear more just before The First Principle Season begins.

Season 1 will begin Hyper Scape’s story. Prisma Dimensions created the Hyper Scape and there is a mystery within it to be solved. Memory Shards will be available to collect in the game world and will reveal new information about characters and events within the world. These shards will refresh weekly. Comics will also be released for the game, building out the lore of the world.

Hyper Scape Season 1 will have a few limited-time modes. Unfortunately, Ubisoft hasn’t revealed any information about what we can expect from these modes yet or when we can expect to play them after the game’s launch. We will have to wait until they are made available.