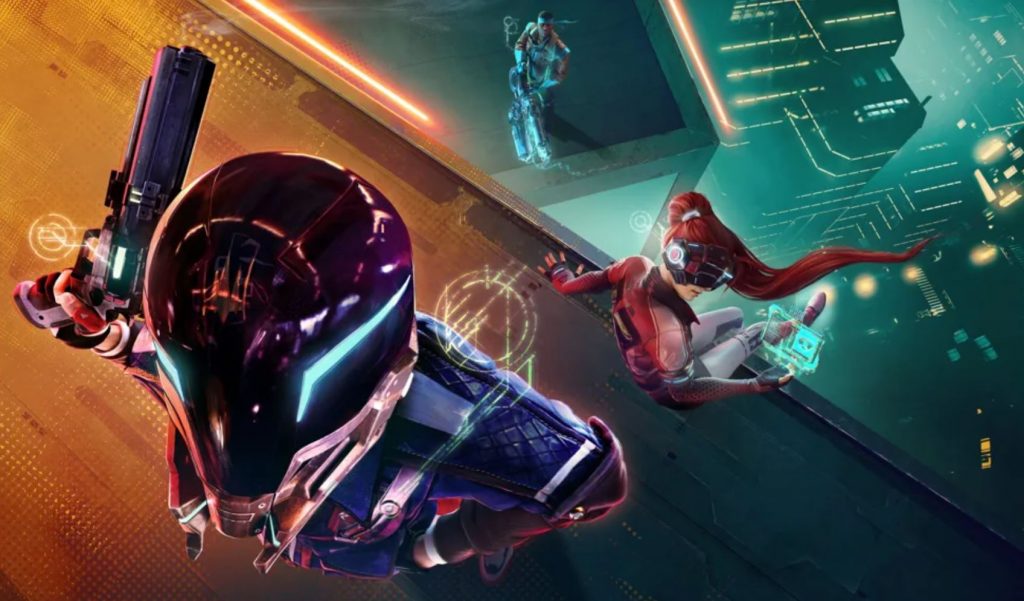 Hyper Scape‘s update 2.0 patch notes have been detailed by Ubisoft, preparing the Battle Royale for a major overhaul ahead of the new season starting tomorrow.

The full patch notes from Ubisoft are as follows:

All the bullet weapons now have Damage Falloff (note: sniper rifle received this change in our last patch). The impact differs from weapon to weapon but overall, the intention stays the same: The goal is to avoid abusive long ranges attacks, not to make Damage Falloff a major parameter of the combat loop.

For multiple weapons also, the ADS has received a boost in term of Aim-assist both on PC & Consoles to reinforce its value vs. Hip-Fire.

Developer Notes: The Dragonfly has received several improvements to make it more comfortable and efficient in ADS. Like for other weapons damage falloff has been added but the Dragonfly stays the weapon with the longest range after the Protocol sniper rifle.

Developer Notes: The FOV change when shooting with the Riot 1 felt uncomfortable for several players, sometimes even creating motion sickness, it has been removed.

Developer Notes: This change should make the Mine more reactive and more reliable in combat.

Developer Notes: The Cooldown Accelerator no longer requires players to pick up power-ups in the map. The Cooldown reduction is global and affects all players for the duration.

A series of feedback improvements have been made to the Crown to help Contenders chase the Crown Bearer and fight its Defenders teammates.

Developer Notes: We know coordinating with enemies to fight the Squad running away with the Crown is difficult. Those visual improvements should help identifying the right players to target. Making the Crown Bearer more visible will also help chasing it.

Faction War has received a series of feedback improvements to unclutter it in term of UI and make Revives easier.

Developer Comment: This change is more of a design cleanup and should not affect strongly the game experience.

Developer Comment: This change is being done to reduce disruptive mic interactions for players who prefer to rely on the ping system to coordinate with random squadmates.

Developer Comment: This is another frequent community QoL request we are very happy to bring to the game with this patch!