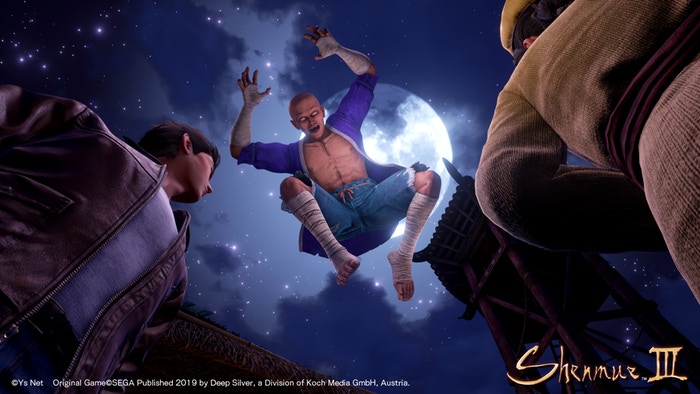 SEGA legend Yu Suzuki believes that he will have a chance to make Shenmue 4 at some point, and what’s more, says it will need to appeal to a broader audience.

Speaking with IGN Japan (translated by VGC), Suzuki-san mentioned a couple of ideas he has for Shenmue 4, including improving fast-travel options and adding quest markers. He also admitted he wasn’t necessarily thinking about money when making Shenmue 3, which was for the fans.

With Shenmue 3 I created a game for the fans, but if I have the opportunity to make Shenmue 4 – and I think I will – I know how to satisfy casual users, so I want to make a game that everyone can be satisfied with.

With Shenmue 3, I really responded to the fans’ voices, so I wasn’t necessarily thinking about making any money. But since I’m running a company, I have to think about what can sell if I continue. I’ve been seriously talking about it over and over again.

There are various things, such as adding quest markers, enhancing fast travel and time-skip functions, and making the user interface easier to understand.

I would like to deliver a smoother experience overall to those who want to progress more quickly through the story. If the amount of content is the same as that of Shenmue 3, then players would be able to proceed at about 1.5 times the speed.

Shenmue 3 was released for PS4 and PC back in November, nearly 20 years after the release of the previous game in the series. Read our review here.