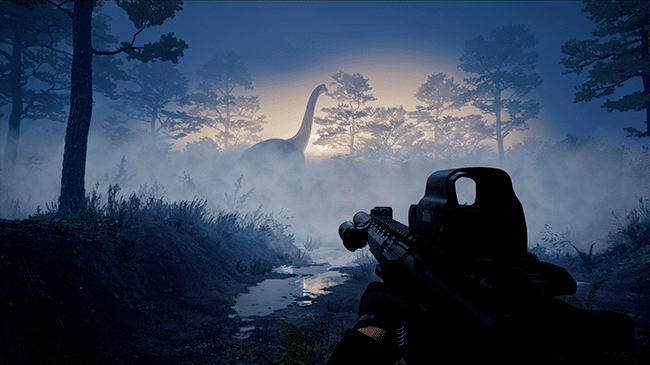 Dino Crisis fans may have a long wait to see the series rebooted (if it happens at all), but in the meantime, say hello to Instinction: a new dinosaur-shooter from the folks at Hashbane.

The comparisons to Capcom’s much-loved survival horror series are inevitable, so much so that the creators themselves have asked if it can be called a spiritual successor to Dino Crisis. You can check out the first brief snippets of in-game action in the video below.

Intinction takes place in a ‘semi-open world’ where players will tackle objectives and solve puzzles in between blasting various prehistoric creatures, just like you did in Dino Criss. The main campaign is both a single-player and co-op affair, so you can team up with mate if you fancy some company.

PS5 owners will be pleased to know that Hashbane is seemingly including support for DualSense’s haptic feedback and adaptive triggers, and there will be a huge arsenal of weapons up for grabs, from basic melee tools to rocket launchers.

As mentioned, the game is slated for release on PS5 and PS4, with the version on Sony’s new home console featuring ray-tracing and other extra graphical muscle, with support for 120 FPS and up to 8K resolution also mentioned — that might be for PC folks, though.

To be fair, there’s not enough dinosaur shooters around these days, so anything that looks to channel Capcom’s Dino Crisis is one to watch out for in our book. Instinction is scheduled for release in 2022 for PS5 and PS4.