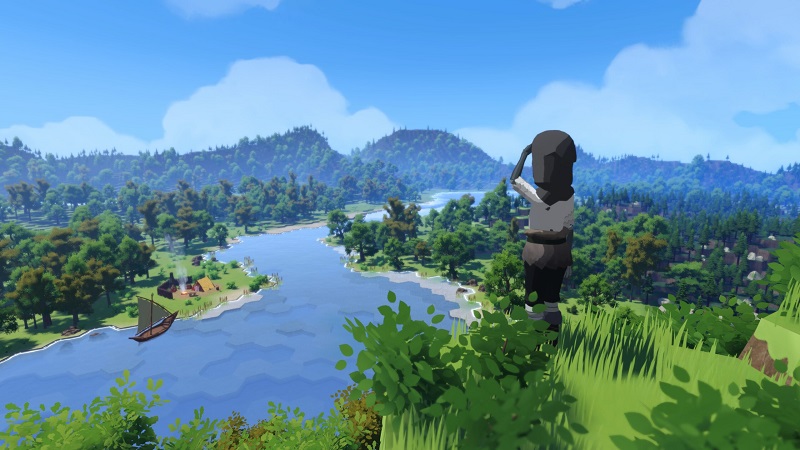 Is Bitcraft Coming To PS5 And PS4? – If you’re a fan of MMORPG’s, or not a fan of them at all, in both cases you might want to keep your eye on Bitcraft, a new game being hailed as “a new kind of MMORPG”, bending and twisting the rules of the genre to its liking, but will this potentially innovative marvel be coming to PS5 and PS4?

Is Bitcraft Coming To PS5 And PS4?

At point of writing it does not seem like Bitcraft will release on any platform besides PC, although that does remain to be seen since it is still very early days for the game. Currently, developers Clockwork Labs is taking emails for players who would potentially like to play the pre-alpha. During the process of signing up, you’re asked to fill out a survey, which asks where you primarily play games, listing all available platforms.

So as is the case with many games, its just likely that if Clockwork Labs sees a growing number of people in their community who would want to play on PlayStation, and the project is able to accommodate the work, then we might see it happen. As of what we know now, there aren’t any mechanics or gameplay quirks that prevent the game from coming to PS5 and PS4, in fact it looks like it could do well on PlayStation in a vein similar to how games like Rust and Genshin Impact are popular.

All that to say we can’t say it’ll come to PS5 and PS4 right now, but its likely it could, as it seems Clockwork Labs is open to the idea.

Bitcraft – What Is It?

Bitcraft is a new kind of MMORPG according to Clockwork Labs, a sandbox that pushes players to focus on more than just basic combat, with deep fishing, crafting, farming, city building and social strategy gameplay mechanics. The entire game is played in a single, massive sandbox that can constantly be edited and changed, and you adventure begins when you wake up in the wilderness and have to begin fending for yourself.

Bitcraft is seemingly a combination of multiple genres and types of gameplay all looped into one experience, with the twist of everything in the game being relatively fresh and new, since the world will constantly be editable.

There’s also apparently a deep skill system that lets players create their adventure and character precisely to their preferred style of play, allowing you to master the skills you chose with enough time spent.

You can check out the announcement trailer for Bitcraft for yourself, here: