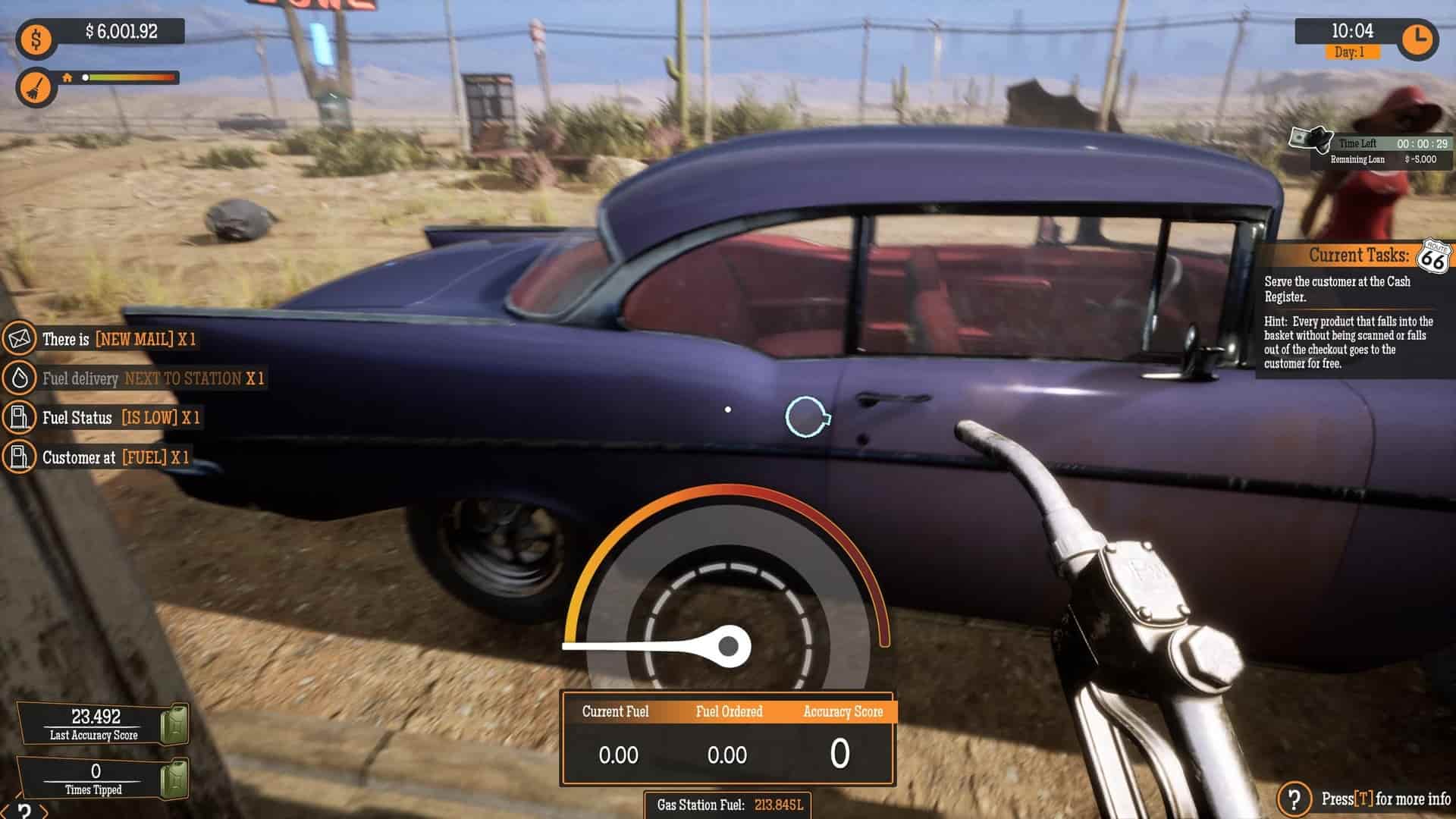 Is Gas Station Simulator coming to PS4? DRAGO Entertainment’s simulation title, which does exactly what it says on the tin, was released for Steam earlier this year, and quickly rocketed up the charts. Naturally, this has got folk wondering about a possible Gas Station Simulator PS4 release – but is it happening?

Yes! MD Games is working on PS4 and Xbox One versions of Gas Station Simulator, but the only downsize is they won’t be out until 2022. As soon as we hear more info we’ll update this article.

What Is Gas Station Simulator?

Gas Station Simulator is all about renovating, expanding and running a gas station along a highway in the middle of a desert. Freedom of choice and multiple approaches to run your business and deal with pressure are key ingredients in this game.

Buy an abandoned gas station in the middle of nowhere and restore it to its former glory. Get rid of debris and broken furniture, fix up the walls, paint and decorate the place to your liking.

Just don’t spend all your cash on the looks right away, you bought a gas station after all. Repair the equipment, buy what can’t be repaired and start serving your customers to earn money for further renovations and improvements.