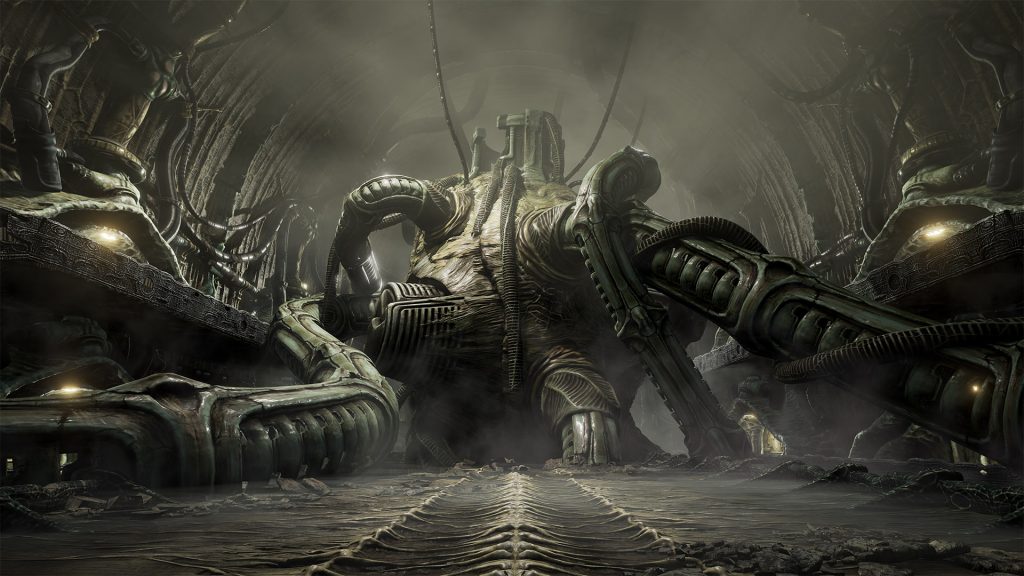 Is Scorn coming to PS5 and is Scorn PS4 happening? At the recently finished Inside Xbox presentation, Scorn was shown, for the first time on consoles. What does this mean for the PS5 though? Are we getting a release on PlayStation next-generation hardware along with Microsoft’s?

Here is the trailer from Microsoft’s Inside Xbox event:

Not much can be found about Scorn being released on any PlayStation platform. However, Gematsu is currently reporting that the game is an Xbox One X exclusive, which may put the pin in any hopes for Scorn PS5 or Scorn PS4.

Scorn is a game is directly inspired by the works of H. R. Giger and Zdzisław Beksiński. It’s an atmospheric first-person horror game set in a nightmarish world. You can read more about the game below, from information gleaned from the games Steam page.

This trailer debuted at Microsoft’s Inside Xbox 2020 event, alongside a number of other titles. The event was our first look at the next generation of games, with Sony set to continue it when they fully unveil the PS5. The Summer Games Fest from Geoff Keighley is currently ongoing and will continue all the way until August and feature a number of other next-gen announcements.

Not much has been shown or is even known about Scorn but we have managed to find a small snippet of gameplay from a while ago, where the game got quite a big following. Feast your eyes on a gameplay trailer from the developers themselves below:

So what are your thoughts on Scorn? Do you think it will come to the PlayStation 5? Does it look like your kind of game? Let us know in the comments below.