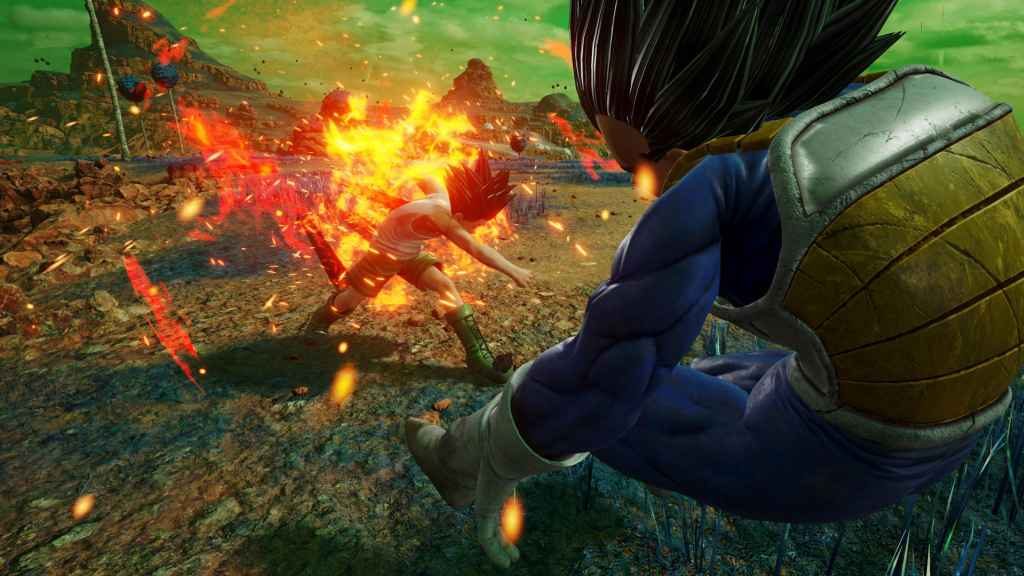 The Jump Force beta has been rescheduled due to network issues. Initially due to run from the 18-20th January on PS4 and Xbox One, Bandai Namco has confirmed that the second two sessions, planned for the 19, 20 January 2019, will be taking place soon.

Posting on Twitter this week, the publisher says: “To improve the current online experience, we decided to work on important fixes. For this reason, we need to reschedule the remaining sessions. We will keep you updated about the new dates very soon.”

A grand total of seventeen characters and five stages were playable in the initial two days; a rather generous offering by anyone’s standards. However, there’s one small catch.

As is increasingly common these days, the beta was split up into four separate, three-hour long sessions. The full game releases next month, but two more new dates and times will be revealed shortly.

With a prodigious roster of characters at its disposal, it doesn’t come as much of a surprise to learn that the beta features a diverse assortment of heroes.

Standouts include Naruto, Kenshiro, Monkey D. Luffy, and everyone’s favourite anti-hero, Vegeta. But there’s something for everyone as you can see from the full list (which you’ll find below).

Developed by Spike Chunsoft and published by Bandai Namco, Jump Force releases on the PS4, Xbox One, and PC on the 14 February in Japan. Before arriving in the US and Europe a day later on the 15.