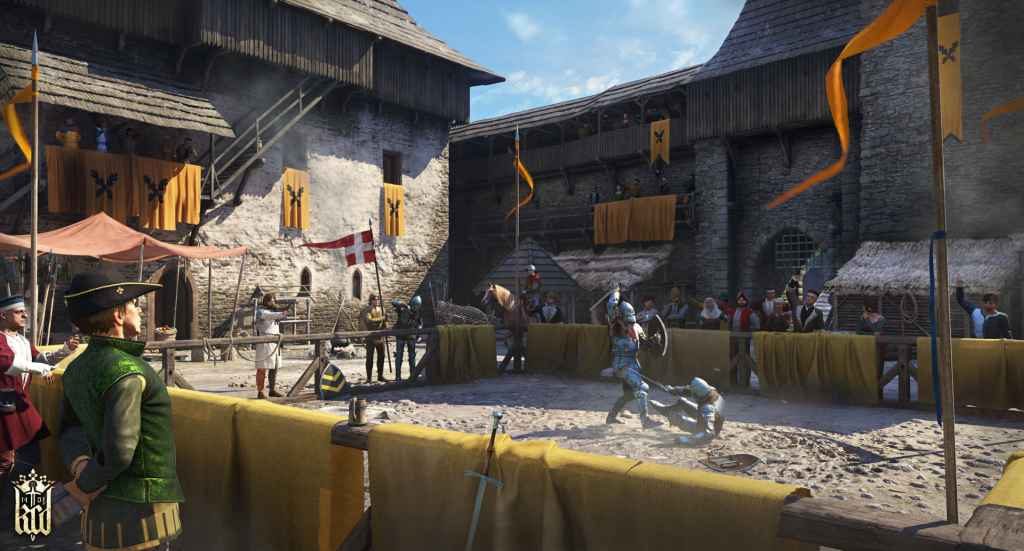 Having initially been scheduled to release on the 28th May, Warhorse Studios and Deep Silver have now announced that both the fourth and final slice of Kingdom Come: Deliverance DLC (A Woman’s Lot) and the definitive “Royale Edition” of the medieval RPG have been delayed on console.

Fortunately, the delay isn’t a long one. With physical and digital versions due to launch on the 11th June instead.

Much like its predecessors, A Woman’s Lot provides players with yet another engrossing questline to enjoy. The major difference this time around being that, rather than Henry, players assume the role of his good friend Theresa.

In “A Woman’s Lot” you play as Theresa accompanied by her loyal dog Tinker in a standalone questline. You will experience the ordinary life in Skalitz and later witness fateful events of Sigismund’s raid from a completely different perspective. “A Woman’s Lot” provides the last puzzle of the Skalitz story, as you find out what happened just before Henry was found unconscious.

Though A Woman’s Lot will be available as a standalone purchase upon release, ideal for those who aren’t particularly bothered about the preceding expansions, it also comes as part of the Royale Edition of the game. Which, along with an enhanced version of the base game, includes all previous DLC offerings.

The Royal Edition is available for pre-order right now over on Amazon for the not unreasonable price of £34.99.