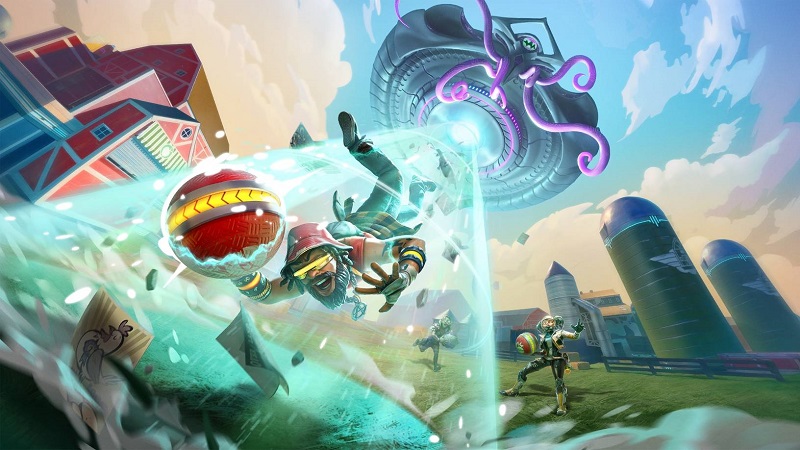 Knockout City is getting ready to head into it’s next season with Season 4: Alien Invaders coming on December 7, 2021. The new season will bring a new map, Alien Smash Site, new events, a new brawl pass, and new vehicles.

The news also came with a brand new trailer, showcasing the new map and some of the new cosmetics players can expect. You can check out the trailer for yourself, here:

According to developer Velan Studios, players can expect four new two-week events all with entirely new game modes and their own exclusive rewards over the course of the season.

You also have another 100 levels of the battle pass to grind through, with new rewards at each stage to help you keep going for those challenges.

Going along with the alien theme for the season, players will be able to get their squad to each match in a UFO as a new crew vehicle. Of course there’s more content to come on top of all that, but we’ll have to wait for the season to drop on December 7, 2021.

If you want to learn more about the new map before launch, Velan Studios also has a whole PlayStation Blog post breaking down the update.

With Knockout City being one of this month’s PS Plus games, there really isn’t a better time to jump in.