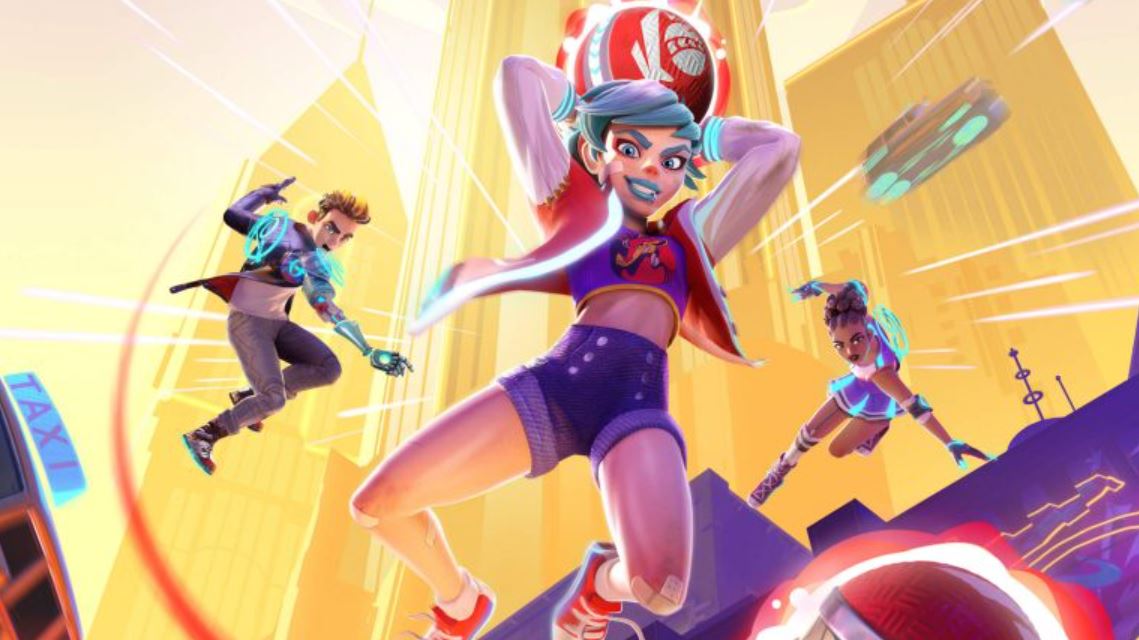 Knockout City PS4 Review – Gaming has covered many different forms of sport, from football with FIFA and various arcade titles, to the many different iterations of tennis and golf. There’s no sport that’s not been covered in the industry, but one that’s often overlooked is the beloved game of dodgeball. However, Velan Studios aims to change that with their brand new IP, Knockout City.

Where Dodgeball is a fairly simple game, Knockout City aims to adapt it into an arcadey, breezy, living game that changes from week to week. Whether or not you’ve played the original sport in real life or video game form, Knockout City is a unique take that hasn’t been seen yet.

The Thrills Of Dodgeball

Knockout City features a varied, handful of game modes to play with, which are the basic 3v3 matches where players have to knockout the enemy teams to win rounds. Other modes include Diamond Dash, which is the game’s equivalent to Kill Confirmed from Call of Duty, collecting diamonds and banking them.

The final and most unique turns every ball on the map into a Special Ball, which provide unique abilities like trapping an enemy inside them or sniping them from long range. 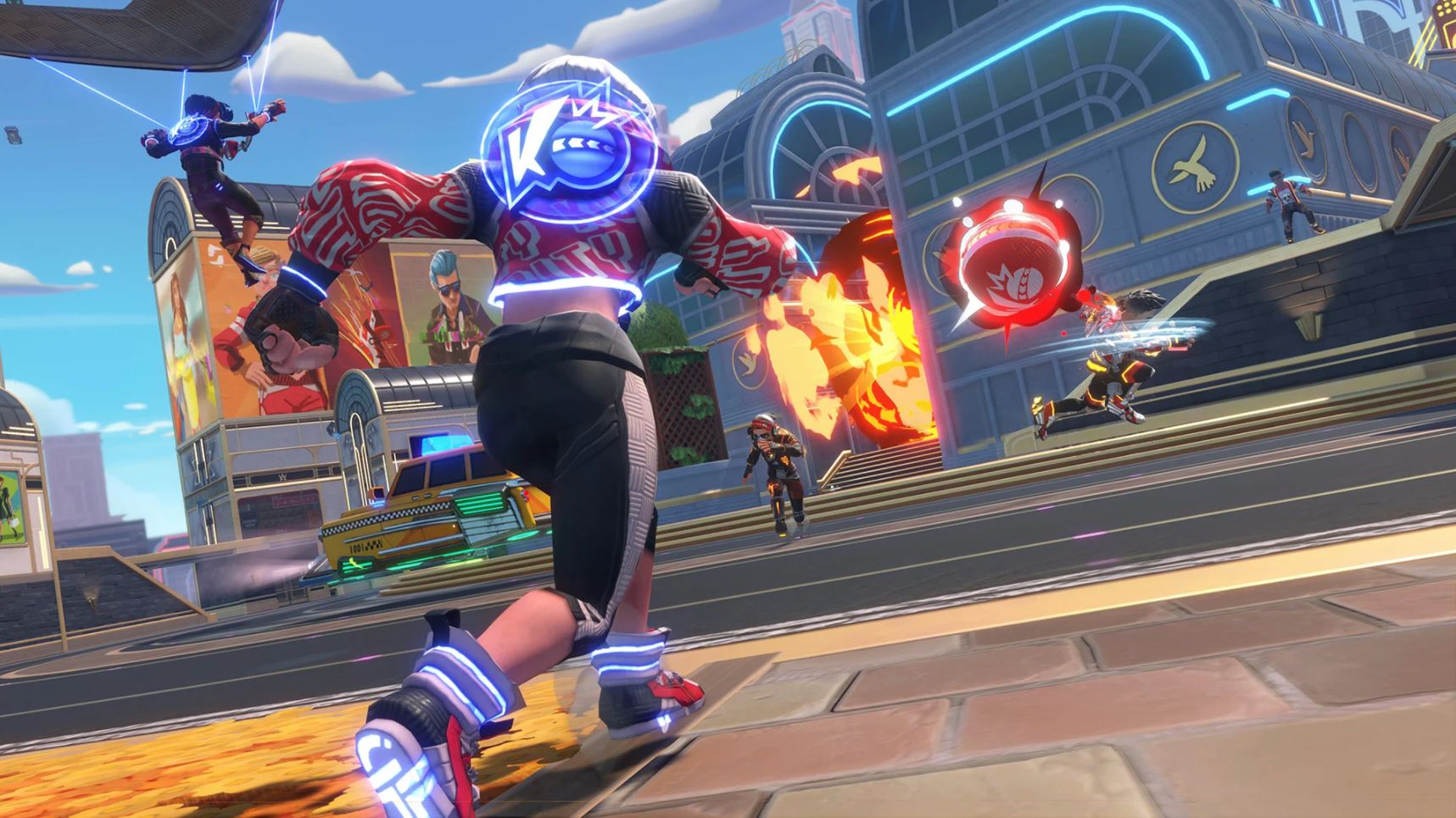 The gameplay is Knockout City’s strongest part and it is a blast and excellent. Controls are tight and responsive, the flow of gameplay is extremely satisfying and the balancing is almost perfect. There’s enough of a skill ceiling that players can spend hours perfecting their throws and catches, whilst it’s not too tricky to alienate newcomers.

For a first try at this kind of multiplayer experience, Velan Studios truly pulled no punches, or should I say, dodgeballs when designing the gameplay flow. You truly feel the weight of every ball thrown and the thud of the ones that hit you, which really puts you into the experience!

There’s also the ballform, where players can “become the ball”, allowing teammates and enemies alike to pick you up and throw you. The throw button being held down turns the player into a bomb, which instantly knocks out anyone unfortunate enough to be in its radius.


Furthermore, there are opportunities for small trick shots, either lobbing the ball over or curving them around small obstacles. Thanks to the games lock-on throw feature, these are fairly easy to do and are just another method to take off an enemies hearts or knock them out.

The locales, whilst decent, aren’t as great as they could be. They aren’t memorable and can come off quite basic, which is a shame as Knockout City feels like it should be a chaotic and ever-changing location. There’s a lot of possibilities in a Dodgeball-dedicated city, which is left to the side for more average maps. 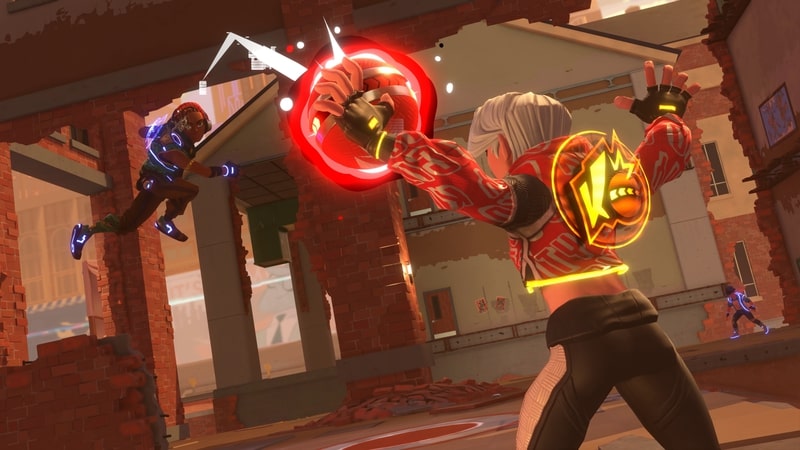 Thankfully, Knockout City features character customisation, which is a mainstay in most living games. There’s a few pre-set hairstyles, faces and outfits to choose from, as well as all gear being earnable from the Street Rank system, or from the shop. You can find new hairstyles, or intro emotes, MVP animations, bomb designs and more just by playing the game. Different designs of each category have a rarity, with the higher tier items looking better than the uncommon or even rare items.

Speaking of the live-service, living game experience, Knockout City follows the typical pattern of including a “Battle Pass” akin to Fortnite or EAs own Rocket Arena, or literally any other game out there today.

Each level, dubbed Street Rank in-game, gives the players items to customise their characters with. The Battle Pass is fortunately free, making it more of a blend of Battle Pass and traditional levelling, which is a good thing considering that Velan asks for an admission price to play Knockout City. It isn’t clear if this will reset with each new season, or if a separate levelling system will be added when Season 2 rolls around. 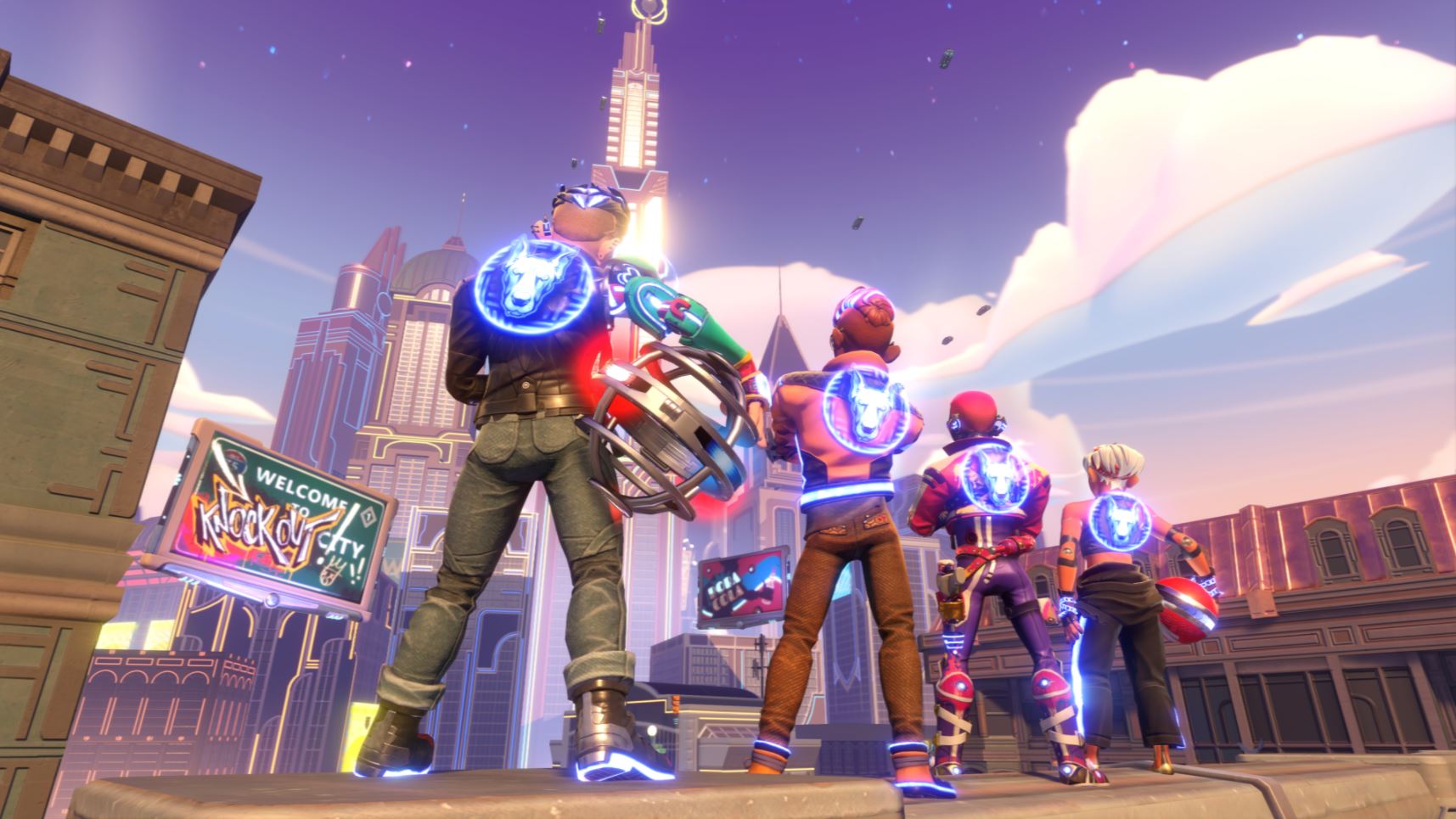 The game also features a Shop, allowing players to purchase items using two currencies Both are earned in-game, but the one you use to buy new outfits and character customisation items can be purchased with real money as well. These, thankfully, don’t give you any “pay-to-win” opportunities but it’s a small thing to make note of when you decide to pick it up.

One disappointing part of the experience I found, was the lack of lore and history behind the dodgeball-centric city in which the game is set in. It’s not a major pain point, but I would have loved to learn more about the environment behind the game and why everyone is brawling the way they are.

Many games that Knockout City follows in the footsteps of feature storylines, adding to the world and lore of the experience; this is something which I think Knockout City could use in the future as it expands. The vibe and ambience of the maps and locations are gorgeous, visceral, living could do with being built out just a tad bit more.

Adding to my previous point, the characters, art design and sound design of Knockout City are all incredible. You don’t have enough time to admire the vistas, but it’s a photogenic world to play around in, whether you’re knocking out all of your opponents or becoming their prey constantly. It definitely takes inspiration from Fortnite’s famous family-friendly cartoon aspect but enhances it with wacky and angular aspects. 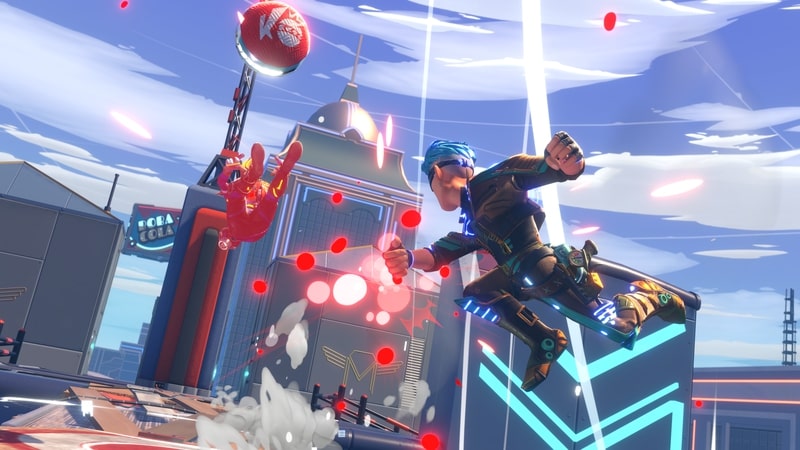 The whack of a ball hitting your opponent is a sound to behold, and the sound design team made sure that this felt just right. Sound is important in any game and especially a multiplayer game, where each special ball has unique sounds for players to identify what may be coming towards them soon. Hearing the sound of the Cage Ball playing a police siren is either unnerving or exciting depending on who is lucky enough to hold it.

The major question regarding Knockout City is its sustainability. Velan and EA have both put a lot behind the first few weeks of content to get people in the door, with a free trial and launching into services like EA Play and Xbox Game Pass. But whether we can keep throwing dodgeballs in a year’s time with a decent player count remains to be seen.

Right now though, it’s a great time, especially if you’re looking for a new game to play with your friends. It’s hard to not recommend Knockout City. It’s filled with charm, great visuals and fun gameplay which keeps me wanting to play more. It’s a blast of tightly balanced, beautiful looking dodgeball matches, that even when you turn off the console, stay ingrained in your mind.

Whether you’re a fan of multiplayer games or not, it’s hard to not recommend Knockout City. Velan has developed an exciting and refreshing take on an often overlooked sport, with varied and fun game modes and tight controls that lead to matches you will remember long after finishing. Right now Knockout City is great and I am excited to see where it will go in the future.